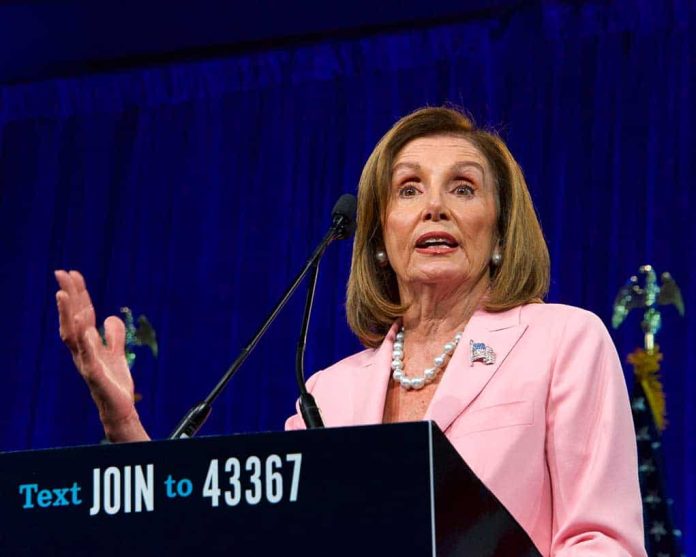 (UnitedVoice.com) – On Wednesday, June 30, the House voted to pass legislation introduced by House Speaker Nancy Pelosi (D-CA) to create a select committee to investigate the January 6 incident. According to the bill, House Minority Leader Kevin McCarthy (D-CA) will be able to choose five lawmakers to sit on the committee. Pelosi will choose eight.

When news broke that Pelosi might choose a member of the GOP as one of her eight choices, Conservatives were worried that she might use that as an opportunity to attack former President Donald Trump by choosing Rep. Liz Cheney (R-WY). House Republicans stripped the conservative congresswoman of her leadership position because of her repeated negative comments about the former POTUS and party. As of this afternoon, it appears their fears were valid.

JUST IN: @SpeakerPelosi has introduced legislation to form a select committee to investigate the 1/6 Insurrection.
Committee would be 13 members total- 8 chosen by Pelosi.. 5 by McCarthy.
A Pelosi aide tells @CNN she is seriously considering a Republican for one of her 8 picks.

When McCarthy heard about the possibility of the Speaker choosing a Republican, he pointed out that Conservatives pick the Conservatives and Liberals choose the Liberals on every committee he’s ever been on. Pelosi said her only concern is getting to the bottom of what happened on January 6, and she apparently believes the fallen Cheney can help. Is it really her intention, though, or did she just choose Cheney to further attack the former President?