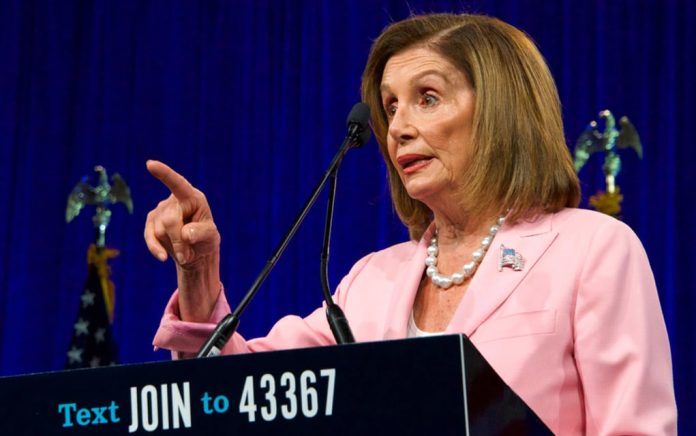 (UnitedVoice.com) – Democratic leadership has been really shifty about whether they would expand the Supreme Court if they win the Senate and White House. Democratic candidate Joe Biden straight-up refuses to tell the American people if he’s going to pack the court. However, Speaker of the House Nancy Pelosi (D-CA) recently tried to make excuses for potentially adding justices to the court.

During an October 26 interview on MSNBC, Pelosi told host Chris Hayes the Left might expand the high court because the population “has grown enormously” since 1876 when Congress mandated its size. That’s not all — the speaker said they might be open to adding more judges in District Courts as well.

The thought of Democrats expanding just the Supreme Court is infuriating in and of itself. It would be an unprecedented power grab. Expanding the judges on other federal courts takes it to a whole other level. The American people are just a week away from electing their next president, this is definitely something that will be on a lot of people’s minds.