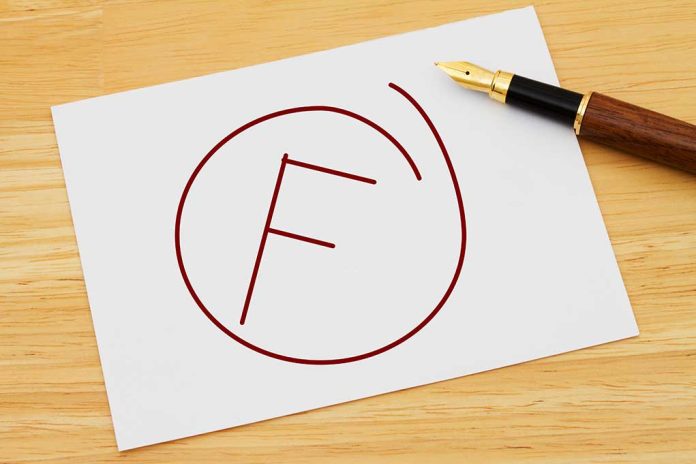 (UnitedVoice.com) – The COVID-19 pandemic caused schools to close down for more than a year in some cases. At the beginning of the outbreak, officials across the country in nearly all states, from Florida to California, decided to switch to remote learning. They hoped to limit the spread of a virus scientists didn’t know much about but was already killing hundreds of people every day.

It didn’t take long for experts to sound the alarm. By the time schools reopened, the damage was done. New data illustrates just how much kids suffered academically due, at least in part, to the lockdowns.

The Department of Education’s National Center for Education Statistics recently conducted its National Assessment of Educational Progress (NAEP). The data isn’t good. According to the report, the math scores for fourth and eighth graders saw the largest decline in decades.

The data weighed the scores in all 50 states, Washington, DC, Puerto Rico, and the Department of Defense Education school system. The scores decreased in 43 states and jurisdictions mentioned, increased in none, and stayed the same in 10 places.

The assessments specifically targeted 2019 vs. 2022 because that was the last testing period before the pandemic. Erika Sanzi, the director of outreach for Parents Defending Education, told Breitbart the “plunge in academic outcomes was predictable” because of the COVID-19 measures that health authorities put into place.

What do you think about the new data? Are you surprised?