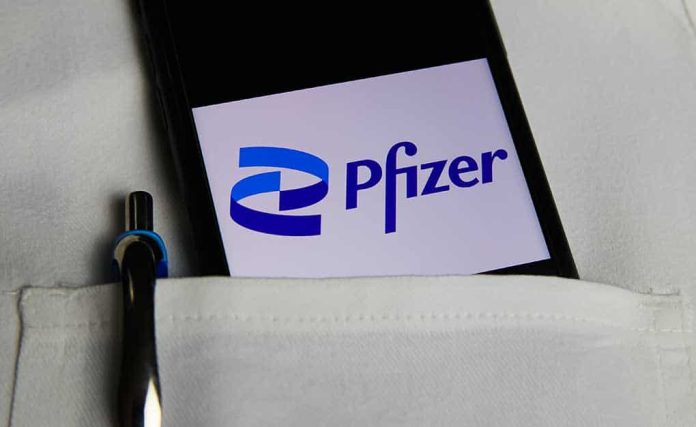 (UnitedVoice.com) – Pharma giant Pfizer has a new treatment for COVID-19, and the company says the pill slashes the worst risks of the disease by almost 90%. Is this the game changer we’ve all been waiting for?

Trial figures provided by the two companies suggest that Pfizer has the more effective pill, but they have not yet offered full data.https://t.co/dxAeAErhHO

Last week, Pfizer announced trials of Paxlovid, its latest anti-COVID drug, have been so successful they’re suspending further trials and sending their data straight to the FDA for an Emergency Use Authorization. CEO and Chairman Albert Bourla says Paxlovid reduces the risk of hospitalization or death by 89% if it’s taken within 3 days of symptoms starting (and 85% within 5 days) – and, unlike existing vaccines and most treatments, people can take the pill at home.

According to Pfizer, the pill attacks the coronavirus’s ability to replicate itself, and also contains a second drug that keeps the antiviral in the patient’s body longer, enhancing its effect. As well as making infections less severe, the company says it can also reduce the risk of re-infection in people who’ve already had the disease.

Now Pfizer has asked the FDA to give Paxlovid an emergency use authorization so patients can start receiving it. British regulators approved a similar drug from Merck on November 4.

If the drug proves effective, this could have an impact on those who are hesitant to get the vaccine. The question is, will it be enough for Biden to walk back his mandates and save the jobs of millions who can’t or don’t want to get vaccinated? Time will tell.