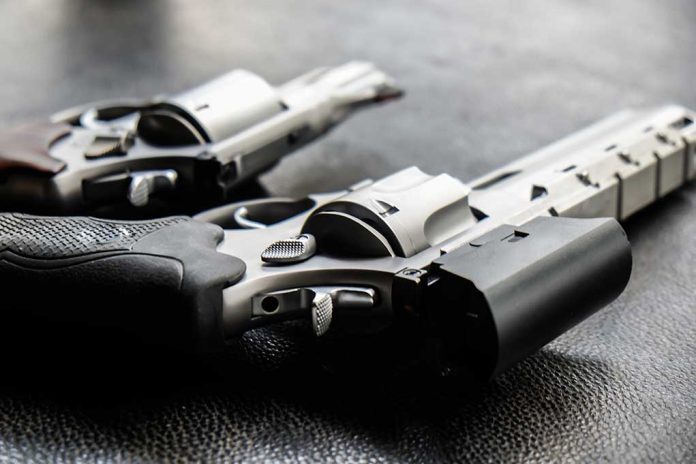 (UnitedVoice.com) – Quite a few crimes have made national headlines in the first quarter of 2022. There was a mass shooting in Sacramento, California, that left 6 dead and 12 injured. A beloved 87-year-old voice coach was allegedly intentionally pushed down by a 26-year-old in New York City, killing her. And now there’s a bizarre murder in Pennsylvania reportedly carried out by the co-owner of a pizza shop.

On Wednesday, March 30, Anna Maria Tolomello, co-owner of Pina’s Pizzeria in Bucks County, attended her arraignment hearing on charges related to the murder of her long-time partner, 65-year-old Giovanni Gallina. An investigation carried out by Bucks County detectives and the Hilltown Township Police uncovered evidence connecting her to the murder. According to police, the victim’s son, who lives in Italy, reported him missing after he was unable to reach his dad. Tolomello allegedly told him his dad went out of town on business and left his phone at home, but refused to say where he went.

Police showed up at the couple’s home the day before the arraignment to execute a search warrant. At that time, Tolomello allegedly told police that she shot Gallina in self-defense because he was choking her.

Investigators say Anna Maria Tolomello, co-owner of Pina's Pizzeria in Chalfont, kept her partner's body wrapped up in their bedroom for nearly two weeks while planned a way to bury the man. https://t.co/68zc4bcXvW

Tolomello reportedly told police Gallina’s body was wrapped up in a bedroom in the home. She reportedly planned to bury him in the yard, she allegedly even asked a contractor, who she paid $350, to dig a 7-foot hole for her. In a conversation recorded by police, the contractor asked about her partner and she told him he was away.

The defendant’s next court date is April 19. Prosecutors have charged Tolomello with abuse of a corpse, possession of an instrument of crime, criminal homicide, and tampering with evidence. She’s currently in jail being held without bond.