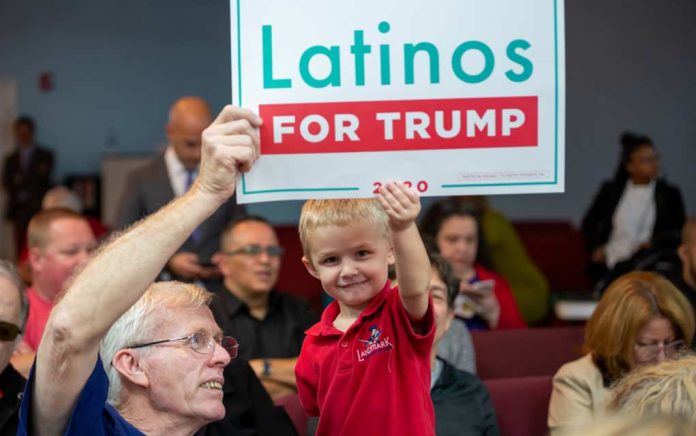 (UnitedVoice.com) – In the wake of the presidential debate on Tuesday, September 29, many commentators have picked their winners. Predictably, mainstream media outlets have widely praised Joe Biden, stating the event was an obvious victory for him. However, voter statistics are telling a different story.

A Telemundo Twitter poll with nearly 10,000 responses that shows 66% of Spanish-speaking Americans thought Trump won the debate is particularly interesting. Latino communities have been the subject of focus for weeks now, as large Spanish-speaking groups in key states like Florida and Arizona have expressed their support for the incumbent.

Trump’s stand on Cuba as well as his economic success have played well in the Latino community — possibly leading to these overwhelming results.

With two debates to go, there’s a lot left to play for. However, this data shows voters are willing to look past the dominant media narratives to find the candidate who will provide the most effective leadership.