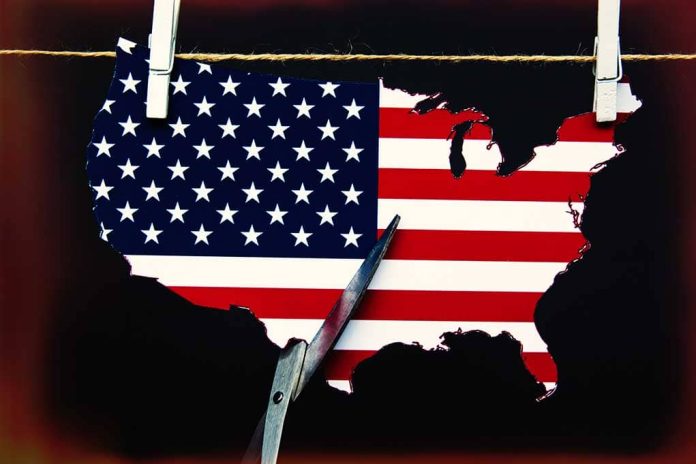 (UnitedVoice.com) – In 1861, newly elected President, Abraham Lincoln declared that the national government would exercise its power to prohibit slavery in the territories that had not yet become states. As a result, 7 of the Southern states tried to break free from the US and secede. Their decision led to the Civil War, which left 100’s of thousands of patriots on both sides dead, established the United States as an intact union and abolished slavery. Though, ultimately, the South lost their bid for secession, more than 150 years later there are rumblings of discord again.

YouGov and Bright Line Watch recently released the data from a June survey that found the majority of Southern Republicans want to break away from the United States. According to the poll, 66% of them support secession. That was a jump from 50% in January and February. The survey also found that 43% of Republicans in the Mountain region also support leaving the union.

New data on American regional secessionism from YouGov. 2/3rds of Southern GOPers would support breaking away from the United States (via @mcpli @abramxlutes) https://t.co/82VbZAasAJ pic.twitter.com/uUkOLDdxUy

What does that mean? The reality is, the chances that Southern Republicans would actually try to break from the US are minimal. It does show how deeply unhappy they are with the state of American politics at the moment. President Joe Biden and the Democratic Party are trying to pass increasingly more radical policies and that’s very concerning for hard-working Americans.

Instead of literally breaking from the union, these Republicans will almost certainly head to the polls in droves next year. In doing so, they can show the radical left how powerful they really are without ever making a single move to break from the US.