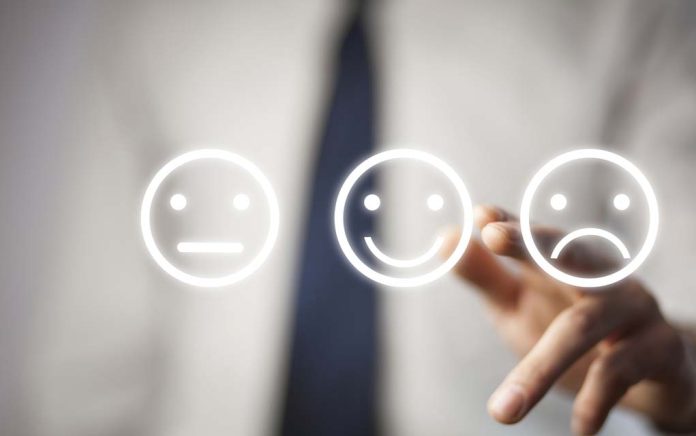 (UnitedVoice.com) – President Joe Biden’s popularity is historically among the lowest presidential ratings in US history. As his approval ratings continue to drop faster than a rock in deep water, it signals there could be significant problems for Democrats just weeks before the 2022 midterm primaries kickoff. It’s not good news for a party misreading public sentiment and trying to push through a radical agenda.

If the political environment continues to sour on Democrats, they can’t say no one warned them. On November 2, the sirens blared loudly after Republicans swept the Virginia governorship, lieutenant governorship, and the statehouse. While Virginia captured the headlines, deep blue New Jersey exposed how bad things are for Democrats. The incumbent governor barely escaped an embarrassing upset, and numerous prominent state Democratic Senators and House members unexpectedly lost seats to GOP challengers.

Now, a respected Democratic pollster is sounding another alarm as he warns Democrats about the dangers ahead of them. The question is, will they listen?

The closer the Democrats get to 2022, the louder voters beat the drums against them. Some analysts predict if Biden’s poll numbers don’t drastically improve, he won’t just drag Democrats down, he could obliterate any hopes they may have of salvaging 2022. The result won’t be a big red wave. It could be a tsunami.

Recently, centrist group Third Way commissioned Democratic pollster Brian Stryker to determine what went wrong for Democrats in Virginia. His findings were consistent with data following the November 2 election, and it ought to scare Democrats straight.

In 2020, Joe Biden won Virginia by 10 points. In the early fall preceding the gubernatorial election, polls showed Democratic candidate Terry McAuliffe with a four to a five-point lead. It collapsed in the closing month of the election. According to election night exit polls, the number one issue voters cast a ballot on was the economy, with education coming in second.

Stryker’s assessment of the election data from the exit polls was spot on, and he filled his report with warnings that Democratic candidates ignored in both Virginia and New Jersey. In a strongly worded memo circulated among congressional Democrats, the pollster had some harsh words for his party, and it’s sending shockwaves throughout the Left.

Stryker Concludes the Party Is in Serious Trouble

The one conclusion Stryker gleaned was Democrats have a serious problem, and it’s deeper than many realize. While they focus on their semi-Socialist, climate change, big government spending program, voters aren’t interested in that right now. While inflation hits voters’ bank accounts hard, wages drop, and people struggle to find goods on store shelves, the pollster says voters don’t believe Democrats care about what’s important to them — namely, the economy.

Stryker warned it’s not a messaging problem despite claims by Democrats for months that voters aren’t paying attention to their proposals. It’s quite the contrary. While Republicans hammer away day-after-day saying Democratic big spending is the cause of inflation, Democrats continue to ignore the situation.

Stryker said this was a massive mistake.

According to the pollster, voters don’t want Democrats to balance social issues with economic ones while people feel they’re struggling. He added the economy is the number one issue among women, Black, and Latino voters. Nothing else comes close.

Will Democrats wake up?

Democrats knew what they were doing when they passed Obamacare in 2010 and lost historic numbers to Republicans in the House. A decade later, no one cares anymore. The Left hopes it can transform America a little bit at a time, even if they lose a lot along the way.

The agenda is bigger than the party.