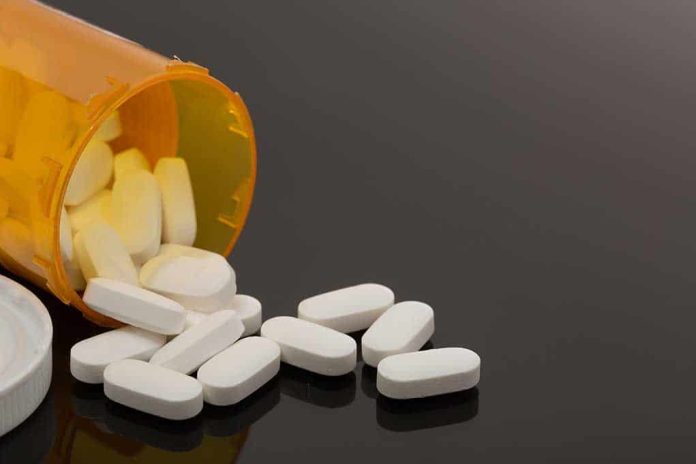 (UnitedVoice.com) – Most Americans would agree some drug prices are ridiculously outside the range of what most people can afford. Over the last several decades, Democrats set themselves up as the party of compassion. As Joe Biden’s “human” infrastructure and social spending reconciliation proposal kicks off, the Left hopes to insert HR3, also known as The Elijah E. Cummings Lower Drug Costs Now Act, into the reconciliation bill. However, a group of Centrists may have a significant say in the bill’s language or whether it survives the legislative process.

On May 3, 10 Democrats sent House Speaker Nancy Pelosi a letter expressing deep concerns about the proposed legislation. In late 2019, every House Democrat voted to approve an exact version of the 2021 drug price suggested bill. That was before it stood a chance at becoming law. Now, Centrists are speaking up about the dangers of the legislation, and one labeled it “defunding of science.”

In the May letter to Pelosi, the Moderate Democrats warned America shouldn’t go the same direction as other nations that fix drug prices. The ten Centrists argued a balance is necessary between affordability, innovation, and deliverability. The most outspoken of the ten Democrats is Rep. Scott Peters (D-CA). He argued the bill “would not be negotiation, but price-fixing. It will result in the defunding of science.”

The government claims drug companies create drug monopoly pricing through patent protections on brand-name drugs they exclusively sell for years. However, the problem is much more complex. Drug prices are affected by drug manufacturers, pharmacy benefit managers (PBMs), and insurers. Together, they create a complex supply chain driving drug prices.

HR3 doesn’t deal with the central cost drives of prescription drugs. Instead, it would allow the Department of Health and Human Services to negotiate prescription drug prices. If passed, the law would cap what pharmaceutical companies can charge Medicare. The proposed law would not allow drug prices to exceed 120% of the average price paid by countries like Canada, Germany, and the United Kingdom. It would be the first time a government agency exerted its purchasing power to artificially force down prices of a privately manufactured product in US history.

In the coming weeks, the Energy and Commerce Committee, of which Peters is a member, is expected to take up HR3 and start marking it up to wrap into the $3.5 trillion liberal wishlist reconciliation package. In addition to Peters, three other letter signatories also sit on the committee. Together, they could radically alter the proposed legislation or kill it in committee.

As the Left tries to exert its dominance in Congress, the Moderates are pushing back against extreme partisanship. Is their pushback genuine or concocted for public approval? Only time will tell. Regardless, in the May letter to Pelosi, the Centrists stated they wouldn’t support any drug prescription proposal unless it is bipartisan.

Bipartisanship will become a significant theme in the reconciliation process normally used strictly for partisan purposes. In particular, the partisan bill is highly unpopular with voters. That doesn’t matter to the Left, and ‘Squad’ Reps. Pramila Jayapal (D-WA), Alexandria Ocasio-Cortez (D-NY), Rashida Tlaib (D-MI), Ilhan Omar (D-MN), and others all say they are ready for the fight against the Moderates.

They want prescription drugs, climate change legislation, free college, and much more in the $3.5 trillion reconciliation package Moderate Senate Democrats don’t back. The far-Left is threatening to hold up the bipartisan infrastructure bill until it’s passed in the Senate. They may be waiting. Sens. Kyrsten Sinema (D-AZ) and Joe Manchin (D-WV) could still stop the reconciliation bill in its tracks if they remain resolute about the proposal’s size, scope, and cost.

So, after months of unity, the cracks are widening among Democrats. Either the House or Senate could radically alter the $3.5 trillion proposal. There’s also the possibility it might not pass altogether over Democratic infighting. It’s too early to tell. But the differences between factions within the Democratic party are coming to a head. They are no longer voting to approve the legislative process. In September, it will be all about the policies.

The process should be very interesting.