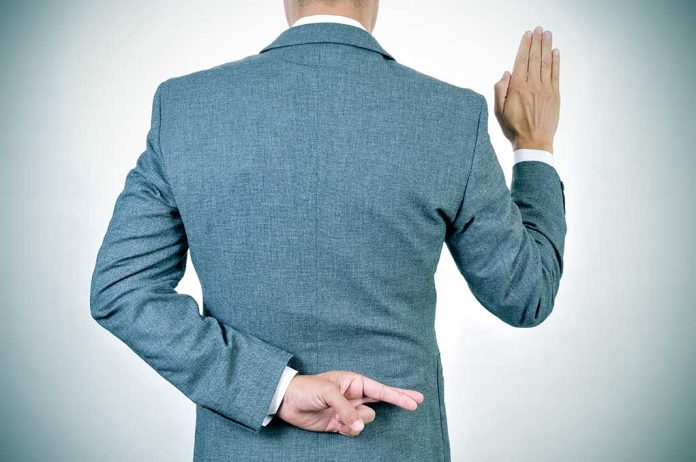 (UnitedVoice.com) – Over the last 10 months, President Biden declared war on energy companies, signed into law $4 trillion of new government spending, and oversaw a massive spike in inflation. Since March, the Federal Reserve and the president have said rising prices are temporary, but some indicators suggest otherwise. Many economists, including former Clinton and Obama treasury officials, say they warned Democrats and the administration about government spending and inflation, and Democrats are to blame for the economic mess.

As consumer prices rise at the fastest pace in 31 years, Biden says he has a plan. On Tuesday, November 23, he shared with the nation the same old worn-out promises he’s been making for months. The ports are open 24 hours a day, 7 days a week, and he said the supply chain crunch is easing. Regarding gas prices, the president did announce a new initiative to open the nation’s oil reserves. Now, the president promises relief is on the way.

Biden Promises Relief, Can He Deliver?

This president is good at talking, but delivering is a problem. As Thanksgiving approached, Biden struck an empathetic tone about people’s worries over rising prices. He told families they could relax. He’s got it all under control.

Well, people have limited options when the person responsible for the problem doesn’t see it the same way as those experiencing it. Under former President Donald Trump, America became energy independent. Biden went to war with US energy companies, and within months, he made the US energy dependent on other nations again.

Gasoline prices are high because of a supply issue. What’s driving the supply problem? On day one, Biden revoked the permit of the Keystone XL pipeline that ultimately forced the company building it to abandon the project. He ordered all oil and natural gas drilling halted on federal lands. Biden also created new regulations making it harder for oil companies to extract oil from the ground to make plastics, gasoline, and home heating oil.

Here’s the big rub: Biden didn’t turn to American companies as gas prices started to climb due to the supply crunch. Instead, he asked the OPEC+ cartel to increase production and ship the oil to the United States. Apparently, he believes Middle Eastern oil is cleaner than US oil.

As inflation puts the Democratic Party’s semi-socialist Build Back Better agenda at risk, Biden must do something. The US Strategic Petroleum Reserve holds nearly 605 million barrels of oil along the Texas and Louisiana coasts. Releasing some oil is Biden’s answer. Here’s the problem – there’s only enough oil in reserve to meet US demand for a few weeks.

How is that supposed to drive down prices? It might knock a few cents off a gallon through the holidays, but America will be right back where it was in January. At that point, things are likely to get worse, not better.

So, can Biden keep his promise that relief is on the way? Let’s talk about that relief. Is he talking about relief from inflation or relief through his Build Back Better legislation? He needs a few weeks of good news to convince Senators concerned about inflation to get on board. If he can say it’s under control for a month and convince all 50 Senate Democrats to vote for his bill, then, what happens in January won’t matter.

So, you decide. Is Biden really trying to fix a problem for you or himself?