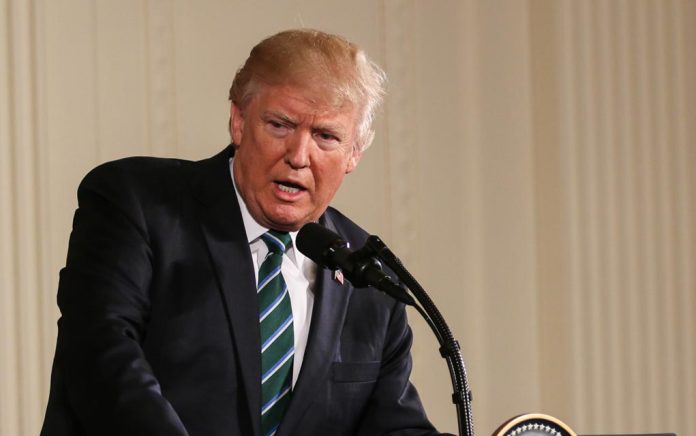 (UnitedVoice.com) – In his annual state of the union address on Tuesday night, President Trump sought to inspire the country as he announced that we are in the midst of “the great American comeback.”

At the beginning of the speech, Trump stated that his vision is to build the most prosperous and inclusive society in the world, where everyone gets to participate and benefit. He positioned himself as a champion of blue-collar workers and American families throughout the speech.

“Three years ago we launched the great American comeback. Tonight, I stand before you to share the incredible results… The best is yet to come.”

The president laid out the facts of the last three years and painted a prosperous picture of the future. Meanwhile, Democrats sat and often shook their heads or made expressions of deep displeasure. They didn’t even seem pleased with policies that they claim to champion as Trump extended an olive branch on issues they should have common ground on.

Sitting directly behind the president, Speaker of the House Nancy Pelosi (D-CA) often made her displeasure with the speech, and even at times with her own party, known. Several times she could be seen silently telling Democrats to settle down or restrain themselves. At one point, she even reprimanded a fellow Democrat by pointing and scolding the person.

Notably absent in Trump’s speech was any mention of impeachment and acquittal which is expected to take place on Wednesday when the Senate convenes.

On the Economy and Prosperity

With just nine months to go before election day, Trump said looking back, “In just three short years, we have shattered the mentality of American decline… We are moving forward at a pace that was unimaginable just a short time ago, and we are never going back!”

Claiming a “blue-collar boom,” Democrats sat in disbelief as Trump shared one economic success story after another to the constant applause of Republicans:

A Message of Unity and Bipartisanship

In the midst of great division, Trump encouraged lawmakers to overcome their differences and find common ground.

He reminded American’s that “we are pioneers, we are the pathfinders, we settled the new world, we built the modern world and we changed history forever by embracing the eternal truth that everyone is made equal by the almighty hand of God.”

In closing, the president then said that in America, anything can happen and anyone can fulfill their dreams while reminding us that “The American age, the American epic, the American adventure has only just begun. Our spirit is still young. The sun is still rising. God’s grace is still shining. My fellow Americans, the best is yet to come.”