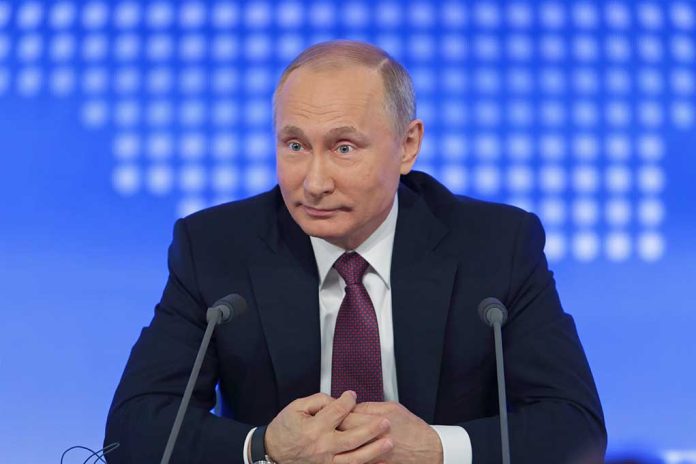 (UnitedVoice.com) – Ahead of Russian President Vladimir Putin’s invasion of Ukraine in late February, many experts on Russia asserted that Putin wanted to restore the former Soviet Union. He even left clues about this thinking. As the strongman prepared his military for the hostile act, he blamed former Russian leader Vladimir Lenin for allowing Ukraine to break away from Russia and establish its country. Putin believes Ukraine is long-held Russian territory. At the same time, he praised Joseph Stalin for his dictatorial control and totalitarian regime.

Now, Putin may be adding more fuel to the fire. On Thursday, June 9, the leader compared himself to the 18th-century Russian Czar, Peter the Great. The Russian president stated he shared the czar’s goal of re-capturing the lands he once took and claimed as Russia’s. Putin spoke on the 350th anniversary of Peter’s birth and drew a contrast between Peter’s actions to those of his own in Ukraine and possibly beyond.

In 1696, Russia officially declared Peter the Sovereign of the country. Yet, he didn’t inherit much. The nation was significantly underdeveloped compared to Europe because the Renaissance and Reformation overtook the continent, while Russia rejected the European movement and isolated itself.

Still, Peter reformed the nation as he tried to reestablish its dominance on the world stage. The new dictator rebuilt the Russian navy and army, de-emphasized the Russian Orthodox Church, stripped religion from schools, and exerted new control over the country. Peter used his military to take Finland, Latvia, and Estonia, and he dominated the Black Sea. In 1721, Peter proclaimed Russia an empire and awarded himself the title of Emperor of All Russia.

By the end of Peter’s life, many knew him as an authoritarian leader who imposed stiff taxes and harsh rules on his people.

On Thursday, Putin praised Peter the Great for waging war for 21 years. The Russian president said his hero didn’t take lands from countries. He reunited them with Russia. Then, Putin compared his actions in Ukraine to be similar to Peter’s conquest of lands under the guise of restoring Russia, emphatically stating he would succeed in his endeavors to regain his country while also saying that Ukraine didn’t have a national identity or traditional statehood.

Some experts fear Putin intends to take not only Ukraine but also Poland, Finland, the Baltics, and other countries. At the beginning of his invasion of Ukraine, he said Russia needed to protect Ukrainians that spoke Russian and to root out Nazis within the country’s leadership and military.

So, is this Putin’s attempt at imperial ambitions similar to Peter the Great?

Those who live in the Ukrainian cities of Kherson and Mariupol might say so. It doesn’t appear that sanctions will deter Putin’s aggression.