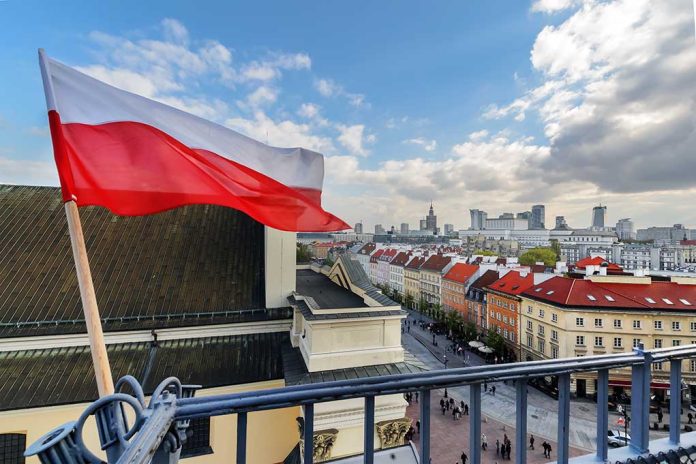 (UnitedVoice.com) – In World War II, Poland experienced some of the most brutal battles in Europe. Nazi Germany invaded the country, and eventually, Soviet forces drove them back. Today, Russia calls that moment in time a liberation. Poland saw it as something very different — a swapping of one repressive regime for another.

As Russia enters the third month of its war to allegedly liberate Ukraine from Nazis and stop NATO from expanding eastward, Poland is growing concerned it could be Putin’s next target. If the Russian president has dreams of reunifying the Soviet Union, he won’t be able to do it without Poland. Yet, that could be a problem for Russia and the world. Poland is a NATO member, and the West will defend it much more vigorously than Ukraine for that very reason.

Poland watched as Russia invaded its neighbor and former co-Soviet bloc country, Ukraine, in February. Karol Nawrocki, the head of the Institute of National Remembrance, said history was living before their very eyes, conjuring memories of Soviet soldiers who claimed to liberate Poland but murdered innocent women and children instead. Nawrocki noted Putin was enacting imperialist traditions as he revived crimes from the former Soviet communist state.

Former Army intelligence officer Kervin Aucoin told Newsmax that the US and Poland have suspected Russia has wanted to re-incorporate Poland under its influence for a long time. In 2018, Aucoin worked with the Polish government, military, and citizens to create an anti-Russian aggression campaign. He said the elderly in Poland who remember life under the Soviet Union are terrified at the prospects Putin could invade once again.

Over the last 20 years, the Kremlin approved several military objectives. Annexing Crimea and stationing troops there and in Georgia were among those goals. If Russia decided to try and take back former Soviet bloc states, it would be in a prime position to invade if it’s successful in Ukraine. Some experts believe Poland would be next in line.

If Putin ultimately succeeds in taking Ukraine, the entire Polish eastern border would connect to Russia through Ukraine and Belarus. Additionally, Russia has soldiers stationed along a 64-mile stretch of land along the Lithuanian-Polish border. It’s the only route connecting Poland to the Baltic states with roads and railways. NATO considers it the weakest area of the alliance.

Is Poland Ready to Beef Up Its Defenses?

Recently, Poland Deputy Prime Minister Jarosław Kaczyński suggested Poland may be ready to bolster its military capabilities even more. Currently, Poland spends 3% of its GDP on defense. It’s one of the highest among NATO members. Kaczyński said Poland is considering several defense postures to deter Russia. They include:

US analysts now believe the Russian war on Ukraine will be a protracted conflict. Yet, some believe Putin could use his military elsewhere. At this point, he’s too unpredictable to know exactly what his plans are — and Poland wants to prepare for the worst-case scenario.