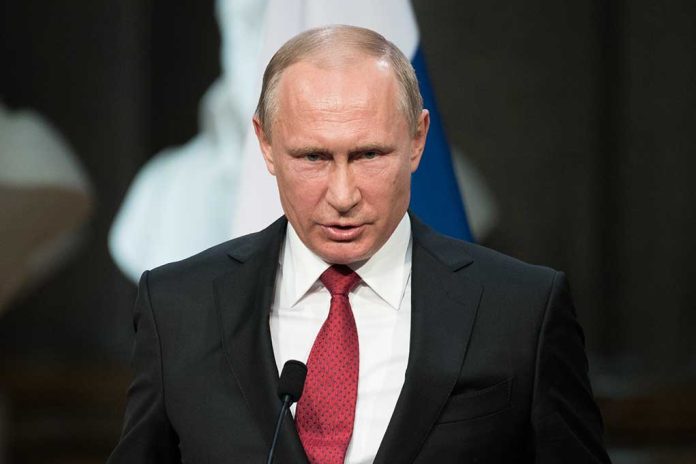 Putin Criminally CHARGES His Own Troops!

(UnitedVoice.com) – The war in Ukraine is moving towards its seventh month and still going strong. Both militaries have taken significant losses as the conflict continues to rage. Recently, reports indicated that Russian President Vladimir Putin’s regime is taking action against his own troops.

Russia has charged two soldiers, Valery Kotovich and Ilya Karpenko, with trying to discredit the armed forces. Pavel Chikov, a human rights lawyer for Agora International Legal Group, claims the government charged the two under Article 207.3 of the Criminal Code, which prohibits “public dissemination” of misinformation about the military. They face up to 15 years in prison and hefty fines if convicted.

Russia passed a law in March imposing jail terms of up to 15 years for intentionally spreading "fake" news about its army. https://t.co/qNtMGEoGFP

Russia passed the law in March, shortly after it launched the war. The Kremlin wanted to ensure people could not undermine Putin and his efforts against Ukraine.

The latest arrests aren’t the first time the Russian government has targeted its own people. In May, reports revealed soldiers who tried to resign from the service were hitting a brick wall. Some of them were conscripted into the military and told they would face criminal charges if they tried to quit.

As the war continues, Russia’s military has reportedly lost upwards of 80,000 troops to injuries or death. Ukraine is using deadly weapons systems to fight back, adding to the problem. The law against so-called misinformation is just one more step in Putin’s quest toward complete control. Another 24 are facing jail time for the same crimes, in addition to the two recently charged soldiers.