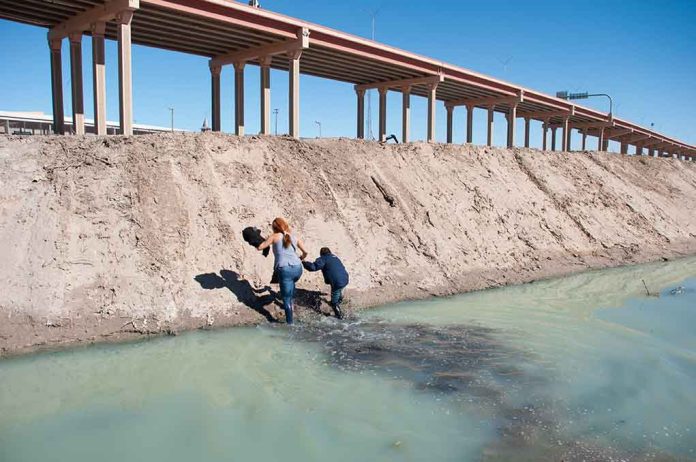 (UnitedVoice.com) – Every year, hundreds of migrants die while trying to cross the Mexico-US border illegally. Several Nicaraguan immigrants are among those who have lost their lives recently, including a former radio host from the country. Sadly, a news crew captured his death on camera.

On May 1, former Nicaraguan radio host Calixto Rojas, 53, drowned while trying to cross the Rio Grande River into Eagle Pass, Texas. The man was reportedly trying to escape threats from supporters of the Sandinista National Liberation Front for attending an event that criticized President Daniel Ortega.

Rojas was trying to enter the US illegally with a friend, Elbe Castro, 42, in the same area where Texas National Guardsman Bishop Evans died in April while trying to save two migrants who were drowning. The incident prompted the officials to restrict guardsmen from putting their lives at risk and entering the water.

Evans' stepfather and mother spoke with me after his funeral, Saturday. @FOX4 https://t.co/wZVCem2mVL pic.twitter.com/FI9yqOSemf

A Fox News camera crew was on the scene when the drowning occurred. Video of the scene shows people standing around and watching the man struggle to stay afloat. Members of the National Guard were also on scene, but, as mentioned, new restrictions prohibited them from entering the water. Out of respect for the deceased, United Voice isn’t showing the video.

Rojas’ friend survived the incident by clinging to a pillar. US Border Patrol contacted Mexico’s border agents, who rescued the man and took him back to their country.