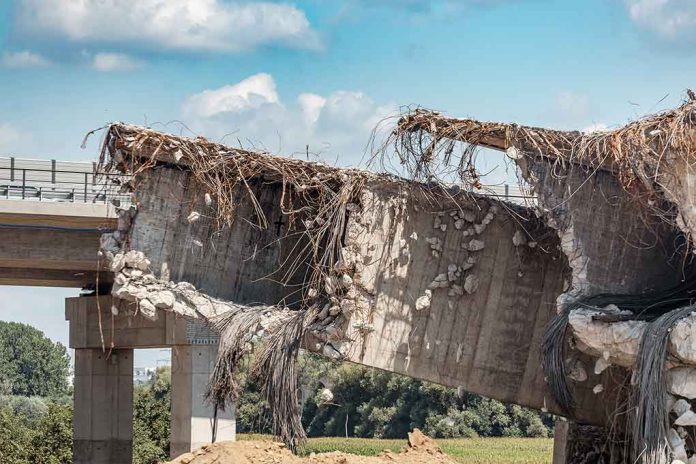 (UnitedVoice.com) – The Russian military has been attacking Ukraine for more than two months. Thousands of people have died in the senseless, unprovoked war. Meanwhile, Russia has remained relatively unscathed, but recent explosions have called into question whether the war is spilling over the Russian border.

On May 1, an explosion shook Russia’s Kursk region, which borders Ukraine. According to reports, the detonation of an explosive device caused the collapse of the Sudzha-Sosnovy Bor railway near the village of Konopelka.

A railway bridge was destroyed in Kursk region

Later, the governor of the region said that the collapse of the railway bridge in the #Kursk region, #Russia was the result of sabotage. A criminal case has been opened. pic.twitter.com/AIn0qFYlZ2

Roman Starovoit, the region’s governor, said authorities opened a criminal case to investigate the explosion and collapse, but there weren’t any casualties, and the collapse hasn’t impacted the movement of trains at all. He called the explosion “sabotage.”

In recent weeks, there have been other explosions reported on the Russian side of the border but the damage has been to buildings, not infrastructure. An ammunition depot in the Belgorod region burned after people reported hearing explosions. In Bryansk, an oil storage facility burned after being set on fire, and authorities in the Voronezh region shot down a drone.

It’s not clear whether the Ukrainians are responsible for the recent attacks in Russia. However, it’s not out of the realm of possibility. What do you think?