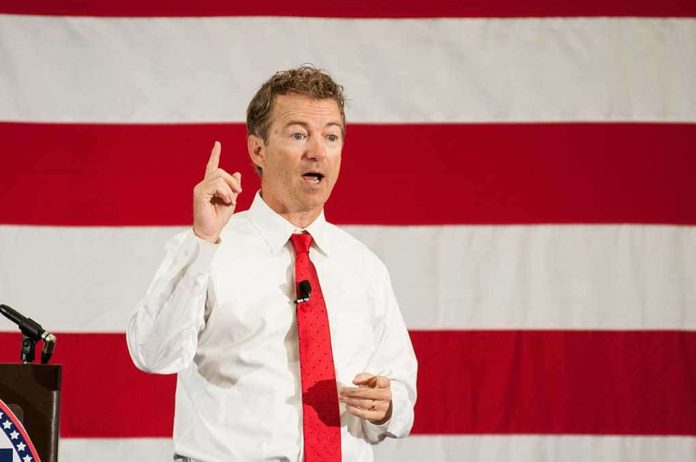 During an interview with Fox News, Paul said the Left thinks that “money grows on trees,” joking that maybe that’s what they mean by “green plan.” The senator ran through a list of unnecessary spending in the plan and said the biggest problem with it is the “financial drain” it’ll have on the country. Paul told the Fox hosts the US doesn’t have the money for that kind of spending.

Democrats have already spent $1.9 trillion on a COVID-19 package. Then, the Biden administration introduced an infrastructure plan that will cost more than $2 trillion. There are reports the White House is working on another $1-trillion spending package for childcare and college tuition, and now, there’s the Green New Deal. If they’re allowed to continue spending money like drunken tourists, the country is going to go broke and that’s what Paul wants to prevent.