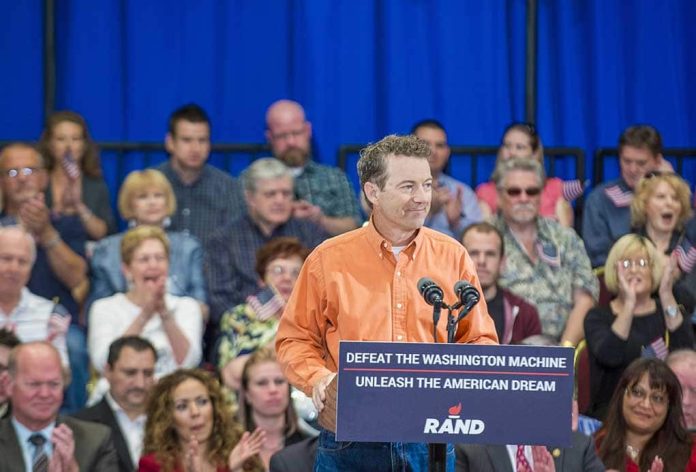 (UnitedVoice.com) – In May, Dr. Anthony Fauci and Senator Rand Paul (R-KY) got into an argument during a Senate hearing. The director of the US National Institute of Allergy and Infectious Diseases (NIAID) said the National Institutes of Health (NIH) never funded “gain of function” research in Wuhan, China. This week, the senator called the doctor out for allegedly lying about the research during that hearing.

On July 20, Fauci and Paul got into a yelling match. It started when the senator accused the doctor of lying in May and asked if he wanted to retract his previous statement since it’s “a crime to lie to Congress.” Fauci refused, saying he never lied and he won’t retract his statement.

Paul went on to accuse Fauci of being partly responsible for the pandemic that killed 4 million people worldwide. The doctor said a paper the Republican senator, who is also a doctor, was referencing doesn’t support his claim, but Paul interrupted him. That’s when the hearing devolved into Fauci insulting the senator.

During an interview with Fox News’ Sean Hannity later that night, Paul said that he was going to make a criminal referral to the DOJ. “I will be sending a letter to the Department of Justice asking for a criminal referral because he has lied to Congress,” he said. Fauci has not responded to the lawmaker’s comments on Hannity’s show.