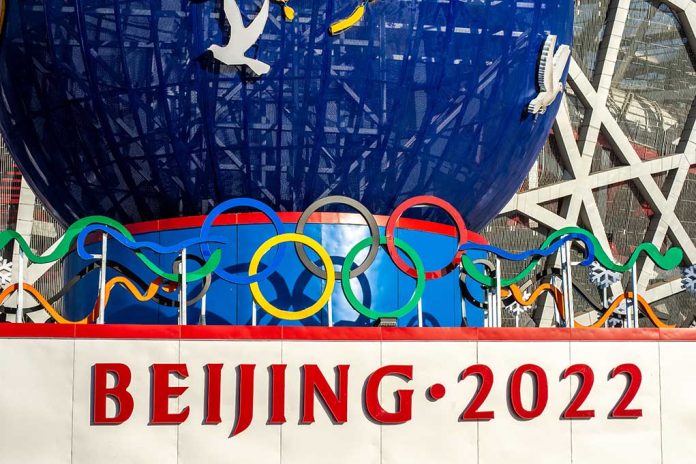 (UnitedVoice.com) – A former US security chief says China should lose the honor of hosting the next Winter Olympics as punishment for its cover-up of the COVID pandemic. So far, China has escaped any consequences for its behavior; now a growing number of people want that to change.

Talking to Fox News on August 2, former Director of National Intelligence, John Ratcliffe, called on the International Olympic Committee (IOC) to strip Beijing of the 2022 Winter Olympics, which are due to take place in the Chinese capital next February. Ratcliffe said the IOC “should not allow Beijing to enjoy the benefits of hosting a massive global event while rejecting transparency” about how and where the Wuhan coronavirus first infected humans.

Last week, China refused to cooperate with a World Health Organization (WHO) investigation into its secretive virus laboratories – including the one in Wuhan that is linked to the start of the pandemic. Ratcliffe says that, as DNI, he saw no evidence the disease accidentally jumped from bats to humans and pointed out that the closest bat colony to Wuhan is over 700 miles away, while the bats never fly more than 30 miles. Meanwhile, he said, “Wuhan scientists were openly studying bat coronaviruses in their lab.”

China isn’t going to admit that their bungling scientists released the virus, and it isn’t going to take responsibility for the cover-up that let the disease spread while the Communists worked to hide it. Ratcliffe says it’s time the world let Beijing know there are consequences – and moving the Winter Olympics is a good place to start.