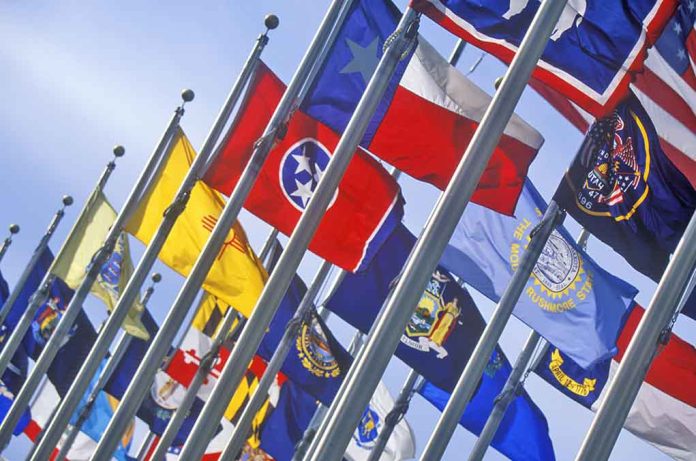 (UnitedVoice.com) – It’s been said that people vote with their dollars. In the currency of the political world, that’s only part of the equation when it comes to learning if political worldviews and policies are winning or losing. In recent years, money’s influence in elections has leveled out as voters often go against the donor class. For example, in 2016, Democratic candidate Hillary Clinton outraised and outspent Donald Trump. We all know how that election worked out.

There’s a new phenomenon playing out in politics. In 2020, the US census showed that Americans were leaving populated Democratic states at high enough levels that California, New York, and Pennsylvania lost seats for the first time to GOP-led states. Now, more evidence points to a failed Democratic government model as the culprit, and people are starting to vote with U-Haul moving trucks.

Has the Democratic-led Model Failed Americans?

The census isn’t the only index showing problems for Liberals and progressive Democrats. The U-Haul Growth Index gauges the number of moving trucks leaving and entering states. In 2021, the top five states receiving U-Hauls were red. They include:

Unsurprisingly, the states with the most U-Hauls leaving versus coming were blue ones. The bottom five include one GOP state, but Democrats largely dominated the rest:

Democrats in Trouble for Years to Come

That is creating panic among Democrats who see the writing on the wall. As blue states lose congressional seats, red states pick them up. As the makeup of Congress changes, one can see why the Left is fighting intensely for voting reforms that benefit Democrats over Republicans. While they like to yell about voter suppression, voters are moving to red states because of economic oppression.

So, who’s fooling who?

American Enterprise Institute’s Mark Perry tweeted a graph showing that Americans are fleeing high-tax, union forced business-unfriendly states for ones where people are freer to start, run, and grow businesses.

However, there’s more to it than that. Democrats are also building societies where crime is incentivized, illegal immigration is cherished at taxpayer expense, hard work is rewarded with government theft of wages and property, and education is about wokeness instead of reading, math, science, and history.

Will Liberals wake up and see the connection before they ruin their states?

Don’t count it. Instead, they’re more likely to double down until the voters that remain rebel at the voter box.