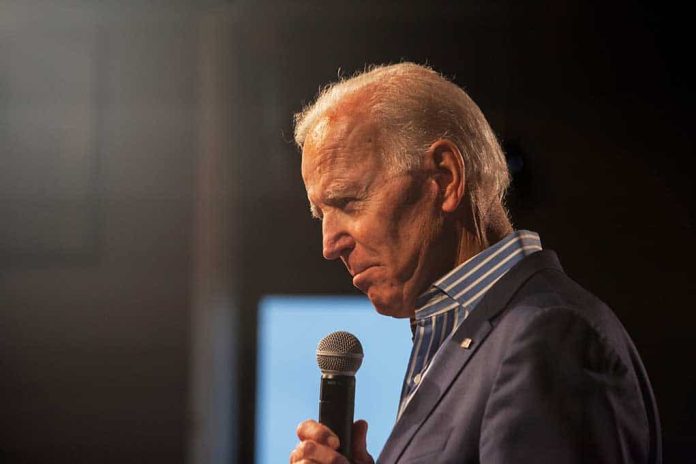 (UnitedVoice.com) – In September, President Joe Biden issued a vaccine mandate for companies with more than 100 employees and all federal workers. Conservatives are pushing back against the directives. Now, one Republican lawmaker is pointing out just how bizarre the mandates are in America.

In an October 25 op-ed for Fox News, Rep. Brian Mast (R-FL) compared the Biden mandates to the “Divergent” series. The congressman explained the film is about a dystopian society divided into groups based on the people’s virtues. The main character is a “divergent,” or someone who doesn’t really fit in anywhere. The government hunts those people and tries to rid society of them.

Mast said he views the treatment of those who are against the vaccine mandates as divergents. The president is “expelling independent thinkers from the ranks of the military and federal government.”

Mast’s op-ed isn’t the first time he’s spoken out against Biden’s mandates. In September, on the day the president issued the directive, the congressman told Americans to treat it the way Biden treats immigration laws.

REP. BRIAN MAST: "Ignore Biden’s illegal mandates like he ignores our immigration laws. Keep your money and exercise your freedom. Do not pay fines"

In the most recent criticism of the president, Mast says Biden should “accept liability” for the impact he’s having on the country by “purging independent thinkers.” America needs dissenters, even if the POTUS doesn’t recognize that.