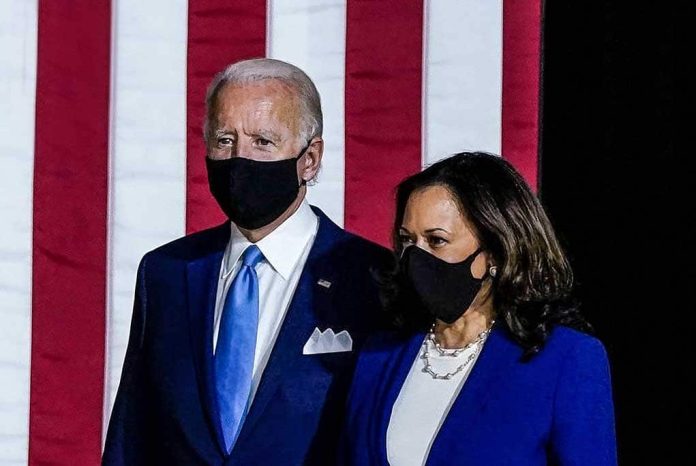 (UnitedVoice.com) – Kamala Harris’s presidential ambitions have found an unlikely new supporter – the Republican Party. Admittedly, the GOP only wants Harris as president because she almost has to be better than what we have right now.

GOP Rep. Madison Cawthorn sent a letter to VP Kamala Harris, cc'd to the rest of the presidential line of succession, urging them to invoke the 25th Amendment to remove Biden: pic.twitter.com/JVZ7YJUlS3

On August 26, Representative Madison Cawthorn (R-NC) wrote a letter to Vice President Harris and other Cabinet members, warning them that “our nation is at a crisis point.” Cawthorn urged Harris to invoke the 25th Amendment – a nuclear option that lets the vice president, on a majority vote of the Cabinet, remove the president from office and take over.

Cawthorn’s appeal was sparked by Thursday’s lethal suicide attack at Kabul airport, which left 13 US servicemen and over 90 Afghans dead. He also cited concerns about Russia, China, illegal immigration and the economy. Cawthorn argued that Biden’s “cognitive limitations” mean he’s incapable of dealing with these issues or the other duties of his office.

In a heartfelt plea to Harris’s sense of duty, Cawthorn said that to deal with the challenges facing America right now we need a president at the peak of his powers. Biden’s visible decline over the last two years means he isn’t that president. Quoting an inspirational speech from the novel Treasure Island, he told Harris that taking over now would be to her credit and “a service to our country.” When a Republican lawmaker is saying that to Kamala Harris you know things are bad.