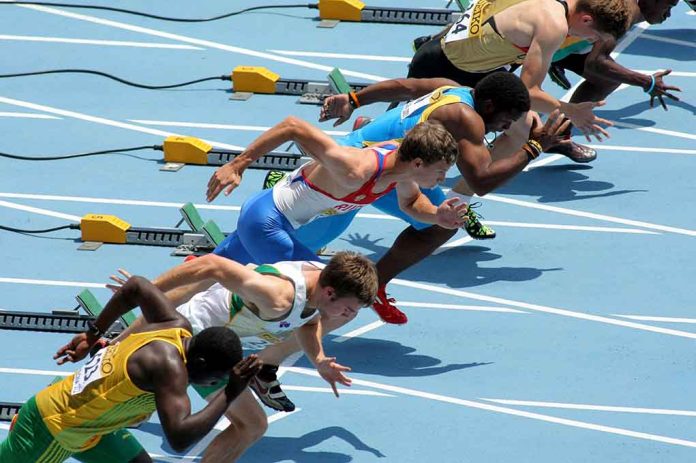 (UnitedVoice.com) – There’s a battle raging across the country about whether athletes should only be allowed to compete in sports for their birth sex. The issue has come up as more transgender athletes reveal themselves. Republicans are generally on the same page when it comes to the issue, which is why one governor’s recent announcement was so shocking.

On March 4, the Utah legislature passed a bill banning transgender students from competing in sports that didn’t match their birth sex. The law was meant to prevent male athletes from dominating female sports. In a shocking twist, Republican Governor Spencer Cox said he would veto the legislation when it makes it to his desk. He addressed trans athletes, telling them everything was “gonna be okay.”

The issue of transgender athletes in sports is getting attention in Pennsylvania, too. UPenn swimmer Lia Thomas competed on the school’s men’s team for three years, but then decided to switch to the women’s team this year. As a male swimmer, Thomas was mediocre but is dominating the sport as a female.

The sheer domination in this race (and significant progress in rankings) highlights the physical advantages biological men have when competing directly against biological women. Everyone has a place in sport, but this level of unfairness to be allowed is mind-boggling 🤯 https://t.co/KQhrOzRAHm pic.twitter.com/ytlTpaXdtL

Critics have said the transgender athlete has an unfair advantage over the other female swimmers. There’s a petition asking the NCAA to make her ineligible for female competitions.

As of October, nine states had restricted biological males from competing in female sports.