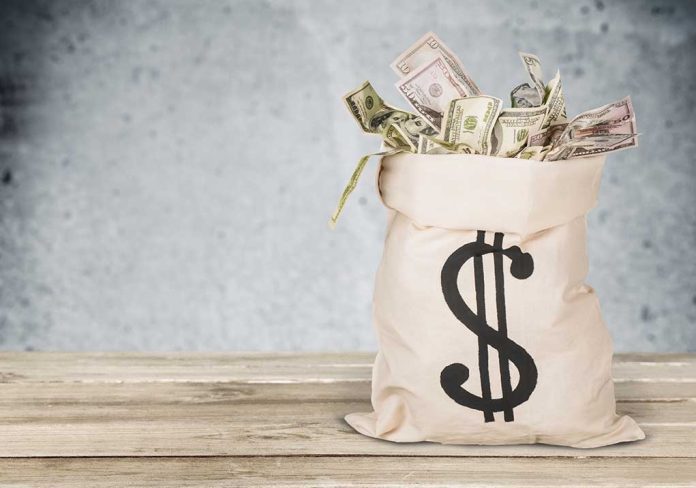 (UnitedVoice.com) – Once again, the consequences of the Democrats attempt to pass radical legislation is hampering their agenda. In 2021, they were stubbornly intent on passing the semi-socialist Build Back Better plan, seeking to transform America’s economy, society, and government. Their singular focus hijacked Congress’ Constitutional mandate to pass a federal budget. Their failure to do so caused a ripple effect that could further damage President Biden’s administration.

Congress was supposed to enact the federal budget by September 30, 2021. Due to the Democrat’s distraction with their failed agenda, they passed a Continuing Resolution (CR) to keep the government open. Since then, lawmakers authorized another CR a few weeks ago to prevent a government shutdown. Despite being the minority party in Washington, Republicans currently control the federal budget.

Let’s explain how this is happening…

When Democrats wasted their efforts on the far-left strategy, they had no choice but to pass a CR last fall, extending Trump’s 2021 budget. Today’s federal spending aligns with the budget passed in September 2020 when Donald Trump was president and Republicans controlled the Senate. To date, the Biden administration hasn’t influenced the federal budget. That’s troubling to Democrats, but it’s a problem they created.

So, how did the Democrats cause this budget nightmare? Last fall, Republicans refused to pass a federal budget. They stated if the Democrats intended to force their socialist agenda on America, they could pay for the budget using reconciliation. Refusing to get tagged with the exploding national debt, Democrats declined but failed to push the GOP to pass the budget on a bipartisan basis. As they say, the rest is history.

If Democrats fail to gain a bipartisan consensus in the Senate and pass an Omnibus bill by February 18, they will face another Continuing Resolution to prevent a government shutdown. No one reasonably expects an impending government shutdown. Still, this may be their last chance to pass a bipartisan budget and avoid a CR until September 2023, denying Biden an opportunity to put his stamp on federal taxes and spending.

Desperate to put their mark on the budget, Senate Majority Leader Chuck Schumer is once again signaling his intent to do something likely to fail. Schumer says a bipartisan deal is possible, but both Democrats and Republicans say it’s improbable.

Here’s the sticking point. Now that the Build Back Better legislation is dead, Democrats are signaling they intend to pass a significantly scaled-back version of the bill. That’s questionable, considering the policy gap between the Democratic Left and Moderates is vast. Nonetheless, Republicans are concerned Democrats will slip part of the Build Back Better proposal into a bipartisan budget deal. Due to the massive size of the budget and hard-to-find amendment proposals, it wouldn’t be hard to disguise or hide any number of addendums from the radical Democratic agenda since they are in the majority and set the budget rule-making process.

The GOP isn’t going to take any chances. They will settle for the budget Republicans passed in 2020. One can safely expect this process to play out again for the 2023 budget cycle in September, ahead of the November midterm elections. If that happens as expected, Democrats will have ultimately denied Biden an opportunity to put any of his radical agenda into a budget proposal.

So, if Conservatives can take anything to heart coming into 2022, Republicans have more swagger than initially thought.

That’s a good thing for America.