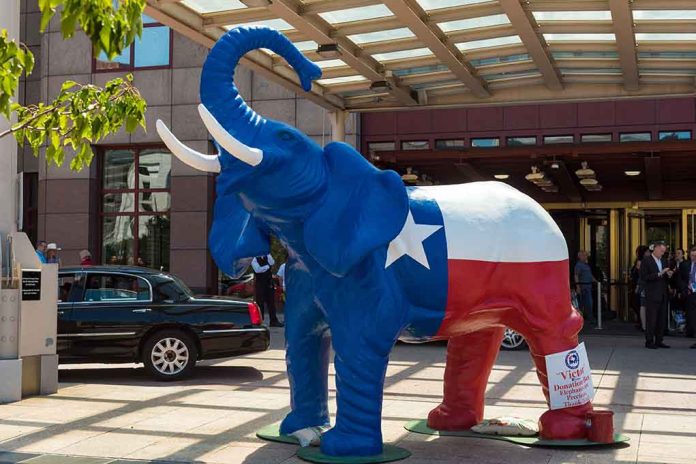 (UnitedVoice.com) – Americans are fatigued after dealing with COVID-19 for nearly two years. Democrats scared the life out of many Americans throughout the pandemic with their constant fear-mongering over masks and vaccines – not that those things might not be significant. Yet, society is paying a price, and America’s kids bore the brunt of COVID policies that could haunt America for decades to come.

COVID policies also had the net effect of helping to spark skyrocketing inflation that wiped out virtually any wage gains made in 2021. On top of that, rising interest rates to pull back inflation could potentially cause a recession. It’s a catch 22 for policymakers who refused to deal with inflation in early 2021. Now, President Biden is involving the US in tensions between Ukraine and Russia, potentially creating even more dire economic concerns. All told, many voters are re-evaluating their positions. Based on 2021 voting outcomes and new internal data, Republicans are growing bullish, predicting they can compete in both swing states and several blue states.

It’s conventional wisdom that the party in power is likely to lose its majority when the president of the same party is in office. These are not conventional times. The warning alarms rang loudly for months that a red wave could emerge in November. Over the last several months, indications are the red tide may be much bigger than anyone realized. It could be a massive red tsunami.

Why Are Republicans so Hopeful?

Democrats have proven themselves incapable of responsibly leading America. They recklessly spent $2 trillion on the American Rescue Plan in March 2021 after leading economists warned it would likely spark inflation. They brushed off the warnings because their ideology was more important than the laws of economics.

Unfortunately, that’s not the worst of it. The far-left still promotes defunding the police. Crime is out of control in many Democratic-led cities over woke policies, and COVID and Critical Race Theory in public schools are still hot topics.

President Joe Biden and congressional Democrats focused on the far-left agenda instead of helping America recover from 2020 and early 2021. They led the country as if they had a far-left mandate.

So, here we are. Democrats are the single biggest gift to Republicans. Unfortunately, it comes at a cost to Americans.

Is it any wonder so many voters are re-accessing their views of Democrats?

GOP Believes It Will Compete in Blue States

In 2020, political pundits and analysts expected Republicans to lose upwards of 20 seats. Instead, GOP incumbents successfully won every election, and 14 flipped Democratic House seats in a stunning surprise. In 2022, it’s likely to be much worse. Not only are Republicans likely to add seats in swing states, but they are also poised to pick off Democrats in blue states – and not just in Congress. Governorships and statehouses are in play as well.

In November 2021, deep blue Virginia and New Jersey shocked the country. In Virginia, Republicans won for the first time in over a decade. They flipped the governor’s mansion, Lt. governorship, attorney general, and the statehouse. In the deepest of blue states, a Republican truck driver who spent virtually nothing on a campaign against the state’s Senate majority leader won by a significant margin. In addition, numerous Democrats across the state lost, and the Democratic governor barely won re-election.

New Mexico and Connecticut are emerging as serious battlegrounds in November’s gubernatorial elections. New Mexico Gov. Michelle Lujan Grisham (D) succeeded a Republican, but a former staffer embroiled her in a $150,000 sexual harassment settlement to which she agreed. On top of that, crime is a contentious problem in Albuquerque, and voters are signaling their unhappiness with the governor’s COVID mitigation orders.

In Colorado, GOP internal polls say that incumbent US Senator Michael Bennet (D-CO) is neck and neck with a generic Republican. Bennet has never won with more than 50% of the total vote in two Senate elections. In Washington state, Rep. Patty Murray (D-WA) only has a single-digit lead in a Democratic poll, and voters suddenly identify as Republicans in her district.

So, are there other surprises that could be sitting out there for Republicans in November?