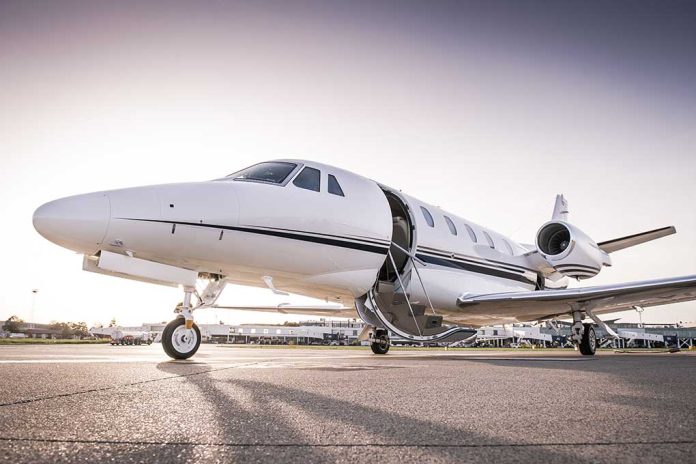 (UnitedVoice.com) – On Monday, July 12, Texas House Democrats bolted from the state to prevent the legislative body from attaining a quorum. Without it, Republicans are helpless to pass common-sense election reforms after the fiasco of the 2020 election. Vice President Harris met with the Democrats to praise them for their courage and for fighting for their beliefs — despite the fact the Texas lawmakers were breaking the law by not showing up for work.

It seems the Democrats may be setting a precedent. After all, two can play at this game. On Wednesday, July 21, Senate Majority Leader Chuck Schumer (D-NY) is preparing a test vote on the bipartisan $1.2 trillion infrastructure bill despite the legislation not being ready for a formal vote. Senators are still working on the bill’s details and preparing to sidetrack a partisan reconciliation “human” infrastructure bill. On Sunday, July 18, Sen. Lindsey Graham (R-SC) suggested that the GOP could take a page out of the Democrat’s playbook. Graham says the GOP should stage a walkout of their own to protest the $3.5 trillion expansion of government disguised as infrastructure.

Graham warned the GOP not to jump in and bash Texas Democrats. If it’s up to him, the GOP may pull the same gimmick in the Senate. According to Senate rules, if Republicans leave town, it would prevent the Democrats from attaining a quorum needed to pass a bill, even one going through reconciliation. The US Constitution requires a simple majority of Senators present to achieve a quorum. In an evenly divided Senate, a full walkout of Senators is highly unlikely.

Nonetheless, even the talk of breaking a quorum could be very disruptive to the Democrat’s plans. If Republicans walked out, the Senate could adjourn or take the necessary legal steps to enforce enough senators’ attendance to achieve a quorum. The idea is not unprecedented. Throughout the 1800s, both parties regularly broke quorum to make points and achieve political aims.

What Are the Benefits and Drawbacks?

While a walkout by the GOP may not be practical for political reasons, are there benefits and drawbacks of such an extreme action? The primary benefit is it stalls the Democrat’s partisan recklessness and allows the GOP a more robust and louder voice to make the case with the public about the legislation’s destructiveness. The public always favors improving the country’s infrastructure, which is why the Democrats are calling it “human” infrastructure. In reality, it’s the same old far-left policies in shiny new wrapping. The more people learn about what’s in the bill, the more difficult it could become for Democrats to pass it.

Second, breaking a quorum could also expose vulnerable Democrats as the media zooms in on the details of the legislation. Public pressure could be exerted on some Senate Democrats, such as Sen. Joe Manchin (D-WV), that could force changes in the bill or potentially kill it. For a bill to pass, all 50 Senate Democrats and the Independents who caucus with them would need to vote for it to pass.

The downside is the liberal media could talk over the GOP, put Republicans on the defensive, and prevent their message from breaking through to enough voters. A walkout could end up hurting Republicans with Moderate Independents they need to defeat the Left in 2022. It could also split what appears at this point to be a united Republican Party. There are voices in the party, such as Sen. Mitt Romney (R-UT), that might not support a walkout.

Finally, a walkout is only a temporary measure. In the end, if Democrats get the votes they need inside their party, it’s just a matter of time before the bill passes. Could a walkout work? Yes, it could buy time to build pressure on Moderate Senators who could flip their vote. However, they are still Democrats, and Democrats rarely split from the party apparatus.

It’s an interesting idea. Perhaps Graham’s mention of breaking quorum will be enough to spread a spotlight on the recklessness of the Democratic agenda? It’s a political risk even bringing the tactic up. Like any gamble, is the potential reward enough to justify it?

One way or another, we’ll find out what the political strategy will be moving forward.

Hold on tight. The next few weeks are going to be interesting.