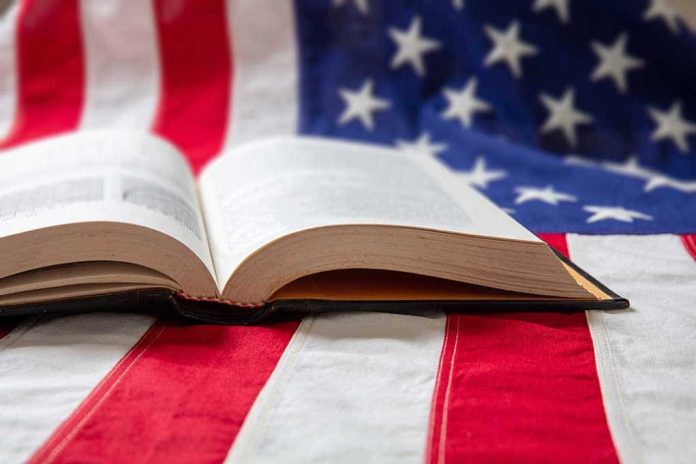 (UnitedVoice.com) – Former President Donald Trump took many steps to ensure the US and the rest of the world respected freedom of religion. For instance, he enacted a policy that prevented US taxpayer money from funding abortions overseas. His administration also worked with countries in the Middle East to normalize relations between Muslim-majority nations and Israel, a Jewish state. That work led to the Abraham Accords, which were seen as historic peace deals.

President Joe Biden has not shown the same zeal for protecting religious freedom as Trump did. More than 100 days into his administration, he hasn’t even filled a key role. A group of bipartisan lawmakers, led by Republicans, are now asking the president to step up to the plate.

Supporting Religious Freedom Around the World

On May 5, Republican Senators Marco Rubio (FL) and James Lankford (OK), along with GOP Rep. French Hill (AR) and a group of bipartisan lawmakers, sent a letter to President Biden demanding him to take religious freedom more seriously. The legislators explained that religious freedom is one of the “most basic human rights” for all people. It is also one area of consensus between Republicans and Democrats.

To ensure that the US continues to be a leader in the movement, the lawmakers want Biden to fill the role of Ambassador-at-Large for International Religious Freedom. The person in that job monitors discrimination and other abuses related to people’s right to worship worldwide. They also develop and implement plans to respond to those concerns.

More Important Than Ever

Protecting religious freedom is more important than ever, especially now when the Chinese government is attacking the devout. They stand accused of carrying out a genocide on the Uyghur Muslim minority in China and limiting access to Christian apps, among other persecutions. It’s time for Biden to step up to the plate and protect American values.