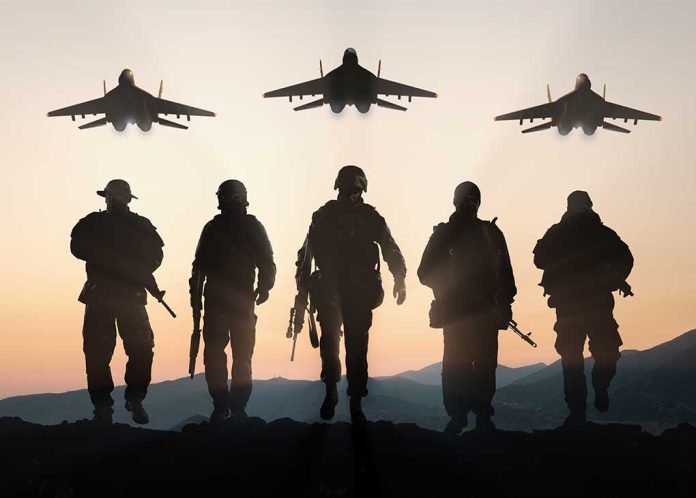 (UnitedVoice.com) – Bipartisanship is extremely rare in Washington, DC these days, especially when the minority party gets everything it wants and sacrifices nothing to get it. If there is one issue that brings together most of Congress, it’s defense spending. Sure, some Progressives never want to spend money on the military to defend the United States from foreign adversaries. They ignore external threats and give billions or trillions of dollars away to create a strong social welfare state instead. As proof, one only needs to look at the potential down payment of the Build Back Better semi-Socialist proposal stuck in the Senate.

On Wednesday, December 8, the House passed the National Defense Authorization Act (NDAA) 363-70. Lawmakers negotiated the $768 billion bill behind closed doors with leaders of the House and Senate. Republicans were able to throw out several controversial amendments that would have prevented the bill from becoming law. It was a significant win for the GOP as the bill heads to the Senate, where it’s expected to pass quickly with strong bipartisan support.

In most negotiations, one side must give up something to get something. In this case, Democrats didn’t have any leverage. Last week, Senate Republicans blocked the legislation over several controversial Progressive measures, forcing House and Senate Armed Services Committee leaders back to the negotiating table. If Congress didn’t fund the military quickly, the Pentagon risked shutting down operations and making America vulnerable.

Thankfully enough moderate Democrats agreed to scrap the controversial provisions and allow the legislation to move forward. It also struck a blow to Progressives looking for ways to enact their far-left agenda. House Armed Services Committee Ranking Republican, Mike Rogers (R-AL), warned Democrats ahead of the vote if they added any Progressive or Socialist provisions back into the bill, it would fail in the House and Senate.

What Did the GOP Successfully Remove From the Legislation?

Republicans successfully struck several controversial provisions inserted into the bill by Progressives including:

While the first three don’t need much explanation, the final one does. The Left wanted a tool that allowed the government to paint some veterans as extremists. Republicans expressed concerns the provision could be broadly construed and misused.

Additionally, GOP members made sure the following provisions were included in the bill.

Reps. Chip Roy (R-TX) and Andy Biggs (R-AZ) thanked House Minority Leader Kevin McCarthy (R-CA) for his hard work in revising the bill. They stated the previous versions were disastrous. While it still has some problems, the GOP is more than satisfied with the outcome.