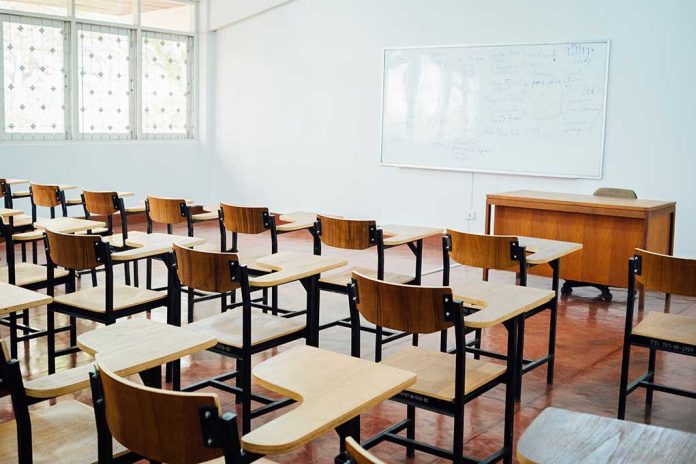 (UnitedVoice.com) – When COVID-19 first made its way to our shores, scientists knew little about how it spread or how best to fight or prevent the virus. A year later, however, you’d think scientists and government agencies would be able to pool enough hard data together to make solid guidelines for reopening schools.

As it turns out, the CDC used more than just facts to release their guidelines on how to open schools. A new report indicates one of the nation’s largest teachers’ unions likely influenced them.

Did the Teachers Union Lobby the CDC?

On Saturday, May 1, the New York Post published an exclusive article describing how the American Federation of Teachers (AFT) worked with the CDC on the agency’s guidelines, made public on February 12, for reopening schools. Americans for Public Trust, a right-leaning watchdog group, obtained emails between the AFT and CDC that detail the close relationship between the agencies.

The emails confirmed that the CDC was open to “suggestions” proposed by the AFT to “strengthen” the guidelines. According to the New York Post, at least two phrases were taken “nearly verbatim” from AFT suggestions and placed into the CDC guidelines.

Numerous House Republicans are demanding answers as to why the CDC, a government agency that should theoretically base its work on science, is taking advice from a teachers’ union. Senator Tom Cotton (R-AK) noted that a “politicized public health bureaucracy” should not be “answering at the beck and call of the teachers’ unions.”

Jason McDonald, a spokesman for CDC Director Dr. Rochelle Walensky, said the emails in question are “long-standing best practices” and that the AFT’s suggestions were to help “ensure clarity and usability.”

The Underlying Issue of Democratic Donors

According to the Center for Responsive Politics, the AFT raised nearly $20 million for the Democrat party in 2020. In a situation where so much scientific study has occurred and should have guided policy, it appears as though an enormous and clearly partisan group influenced CDC guidelines instead.

If a supposedly nonpartisan government agency allows money and politics to play a part in policies like reopening schools, what other supposedly nonpartisan agencies and policies have liberal Democrats or their supporters influenced? Hopefully, lawmakers and whistleblowers will continue to uncover the truth in these situations.