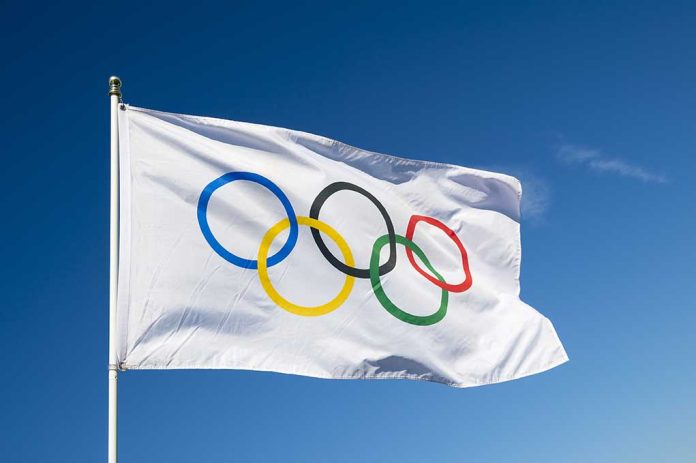 (UnitedVoice.com) – In 2021, the day before former President Donald Trump left office, his administration determined China was committing genocide against the Uyghur minorities in the Xinjiang region. President Joe Biden agreed with the previous administration and launched a diplomatic boycott of the Beijing Winter Olympics. Despite the allegations against China, some companies are still sponsoring the games. Now one man has a new theory on the games.

A senior China researcher at Human Rights Watch, Yaqiu Wang, spoke to Fox News about the Olympics. He said he thinks the Chinese government is using the games to “legitimize its human rights abuses.” The expert said that countries around the world should stay away because participating allows the Chinese Communist Party to use them as a tool.

China is using Olympics as a 'tool' to 'legitimize its abuses,' human rights researcher says https://t.co/UPUYlIPw3S via @foxnews

Human Rights Watch has asked companies sponsoring the 2022 Winter Olympics to use their influence to pressure the Chinese government to stop persecuting the Uyghurs. The organization also wants to see the communists to change their policies in Tibet, Taiwan, and Hong Kong. Unfortunately, none of the companies have moved to help force change.

In the US, many lawmakers believe Biden should launch a total boycott of the Olympics, not just a diplomatic one. Critics of the president believe he’s being weak. Despite the criticism, he hasn’t announced plans to take further action.