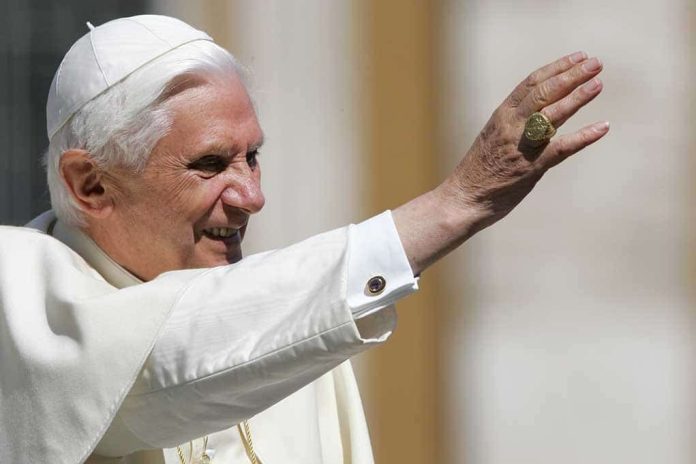 (UnitedVoice.com) – In 2013, Pope Benedict XVI, then 85, announced he would be resigning as the head of the Roman Catholic Church. He became the first pope in 600 years to step down. Eight years after leaving his position, the retired pontiff is expressing his desire to go to heaven soon.

In early October, Pope Benedict XVI received news that his closest friend, Rev. Gerhard Winkler, had passed away. He expressed his sadness in a letter, saying his friend is now in the afterlife, and he hopes he “can join them soon,” referring to all his friends who have already passed. The comment left some to wonder if the retired pope was depressed or ready to die.

Benedict’s private secretary, Georg Ganswein, clarified his remarks. He claimed the pontiff is “absolutely full of joy for life.” He explained the letter is an expression of grief over his friend’s death, not to let people think he didn’t have a desire to live anymore. Ganswein said the former pope is absolutely preparing for death, but he’s also “crystal clear in his head” and still making jokes.

When the pope stepped down, he shocked the world. In the years since, he’s kept a relatively low profile, living his years out in serenity.