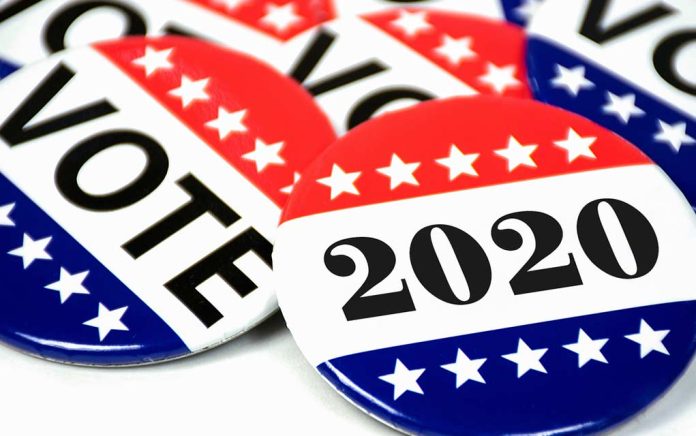 This week’s impeachment hearing made one thing clear — this whole show is about revenge for the Democrat’s loss in 2016.

Impeachment is one of the most divisive and corrosive things that can happen to our country. That’s why the House has only impeached two presidents throughout our nation’s history: Andrew Johnson and Bill Clinton. Both were tried in the Senate and were not removed from office.

Fast forward to today. Democrats in the House know that President Trump will not be removed from office by the Republican Senate. Yet, they began the impeachment hearings under the guise that they must adhere to a constitutional duty.

If this week’s testimony demonstrated anything, it’s that there’s no proof or substance to the Democrat’s claims against the president. In fact, neither the Democrats nor the witnesses could come up with one impeachable offense.

Given these facts, what is this impeachment really about?

It’s about a dangerous and reckless attempt by Democrats to destroy the hope of Donald Trump being re-elected. It’s revenge partisan politics at its worst.

This Is Exactly What the Founding Fathers Did NOT Want

What the nation is witnessing today is exactly what the Founding Fathers feared.

At the time of our founding, there were two primary concerns about impeachment:

In The Federalist Papers No. 65, Alexander Hamilton warned that impeachment was not to be taken lightly or for political purposes along party lines else that it would become divisive and corrosive.

“The prosecution of them, for this reason, will seldom fail to agitate the passions of the whole community, and to divide it into parties more or less friendly or inimical to the accused… the decision will be regulated more by the comparative strength of parties, than by the real demonstrations of innocence or guilt.”-Alexander Hamilton

Over the last decade, America has become extremely polarized. Our political sphere may even be the most polarized it’s ever been in modern times. Regardless of what the electorate has to say, Democrats have consistently re-stated their intention to remove Trump from office ever since his inauguration in 2016.

George Washington warned us of political parties and partisan politics in his Farewell Address.

“However (political parties) may now and then answer popular ends, they are likely in the course of time and things, to become potent engines, by which cunning, ambitious, and unprincipled men will be enabled to subvert the power of the people and to usurp for themselves the reins of government, destroying afterwards the very engines which have lifted them to unjust dominion.”-President George Washington

We were warned. Now, we’re on a path whereby every president that is duly elected faces impeachment from their political opposition not out of concern for the country’s well-being, but for revenge

The Voters Should Decide — Not Partisan Politicians

The problem with partisan politics today is that Democrats have either forgotten or don’t care about our founders’ intentions. The Founding Fathers made it clear that voters were to decide on elections, consequences, and to hold public officials accountable for their behavior. Somehow, Democrats now believe that they wield more authority than voters.

It’s not up to Democrats to decide for the country who the president is; it’s up to the voters.

In 2016, those who voted for Donald Trump knew his behavior and chose to vote for him anyway. He won the election and Democrats do not have the right to overturn the election because they don’t like the results or the person. Deliberately working around the systems that made America what it is today is surely a path towards ruin.

All we have now are partisan politicians trumping up everything they can muster to either remove the president now or destroy his reputation so that he cannot win re-election.

If Democrats think they unjustly lost in 2016, they should be making their case for the 2020 election. Instead, they are hurting their election chances and dividing the nation even more. Nancy Pelosi (D-CA) should end this now before it gets any more divisive and let the voters make the decision in 2020.

Impeachment should only be used in extreme circumstances, not for political revenge.