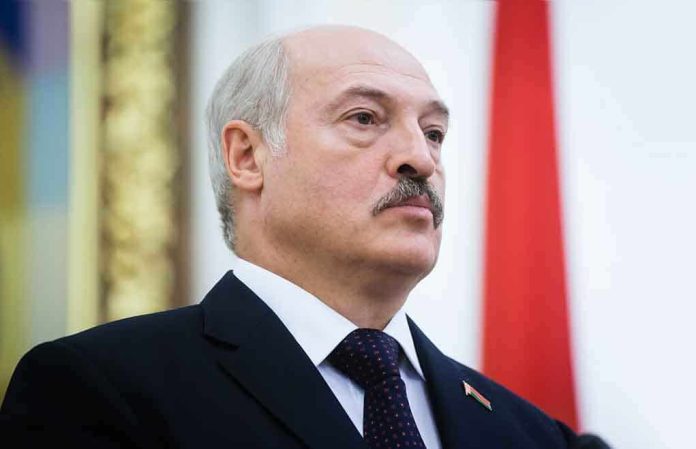 (UnitedVoice.com) – Like the United States, Poland is currently dealing with a border crisis as thousands of refugees from Africa, Asia, and the Middle East try to enter the country from neighboring Belarus. The migrant crisis is being blamed partly on the actions of Belarus’ leaders. Recently, violence erupted, forcing Polish authorities to respond.

On November 16, Polish authorities had to fend off attacks from the migrants along the border. They set off tear gas and smoke bombs to try to protect themselves from stones and other projectiles thrown across the border from Belarus. One officer was hit in the skull with a rock and transported to the hospital with a suspected fracture.

Critics are accusing Belarusian leader Alexander Lukashenko of allowing the migrants on the border to wage some kind of proxy war with Poland. His regime allegedly armed the migrants with weapons when the clash took place. The Daily Mail reports that a video showed Belarusian soldiers cutting holes in the border fence to allow migrants into Poland.

Two days after the clash, Belarus cleared a migrant camp near the main border crossing with Poland.

Meanwhile, in the US, President Joe Biden condemned the violence overseas. Critics pointed out that while the POTUS is speaking out against what’s happening there, he still hasn’t cleaned up his own migrant crisis in the US. It’s been 10 months since he took office and it’s still a mess at the US-Mexico border.