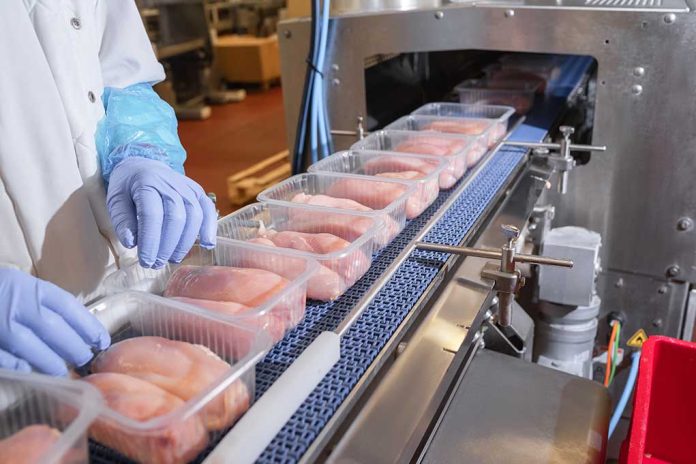 (UnitedVoice.com) – Since President Joe Biden entered the White House, immigration has been the most persistent problem his administration has faced. The president’s laissez-faire attitude to border control has caused a number of major difficulties, and they don’t show any signs of improving any time soon. One issue we’re only starting to learn about is an uptick in exploitative child labor practices related to the influx of Unaccompanied Alien Children (UACs).

On Monday, February 7, Reuters ran a special report about unaccompanied migrants who entered the country under dangerous circumstances before ending up in exploitative workplace environments.

Amelia Domingo came to the United States from her native Guatemala in February 2021, having borrowed $10,000 from loan sharks to pay smugglers to get her into the country. She subsequently ended up in the care of border enforcement authorities in Arizona for a time; as a 16-year-old, she could not legally leave government custody without someone to look after her.

The authorities eventually sent her to Enterprise, Alabama, to live with her sister. She currently works at a chicken plant in Alabama and sends most of her wages home to her parents. Her parents must use some of the money to repay the loan sharks from whom she borrowed her crossing fee; they charge interest of 10% on every monthly payment.

According to the report, Amelia Domingo’s story is not unusual. There has been a spike in the number of Central American youths living this way in recent times, risking poor working conditions and uncertain futures to send money home to their families.

Some teenagers have used forged documents to get work, and the companies that hire them often exploit them.

The UAC pipeline is the legal route through which much of this exploitation can occur. Congress passed the law in 2008, allowing adult sponsors to accompany detained juvenile migrants into the United States. President Donald Trump discontinued the scheme, but the Biden administration revived it. In fiscal year 2021, around 125,000 migrants entered the US under UAC rules, compared to just 33,000 in 2020.

The program has long been a source of controversy in Washington, DC. Opponents of the rule point to the issues it creates with labor trafficking, but pro-migration advocates, liberal lawmakers and officials paint these objections as misguided and racist.

Do you think this migrant pathway should remain open, or is it creating too many opportunities for bad actors to exploit vulnerable young people?