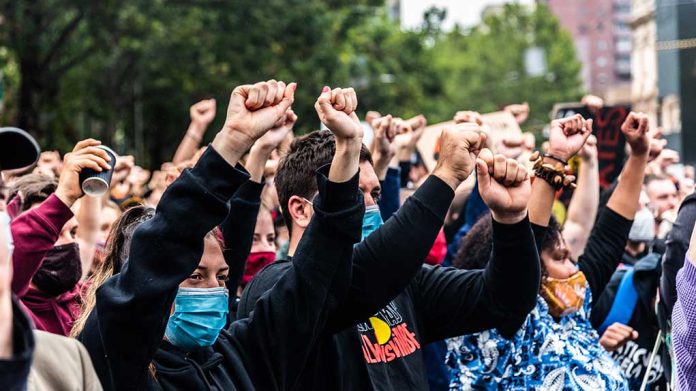 (UnitedVoice.com) – For the past four years, the National Straight Pride Coalition (NSPC) has held an annual march in Modesto, California. Unfortunately, the event devolved into violence this year after a clash with another group for the second year in a row.

On Saturday, August 27, about 30 people showed up for the straight pride march. When rival LGBTQ+ allies and pro-choice voters found out the NSPC was meeting outside of Planned Parenthood again, about 150 of them turned up to demonstrate. At mid-morning, a preacher showed up to support the smaller group with a sign that said, “Jesus saves from hell.” Although he had no affiliation with the NSPC, he took the opportunity to preach.

The preacher’s presence caused a small business to play loud music to drown out the sermon. According to the Modesto Bee, a member of the Proud Boys tried to push past police into the counter-protesters. Then, the groups began throwing stuff at the others. Video of the event showed people attacking one another and hitting each other with signs.

Modesto Police Department spokeswoman Sharon Bear told the press that a smoke bomb lit a bush on fire. The conflict was similar to what happened last year when NSPC organized its annual rally.