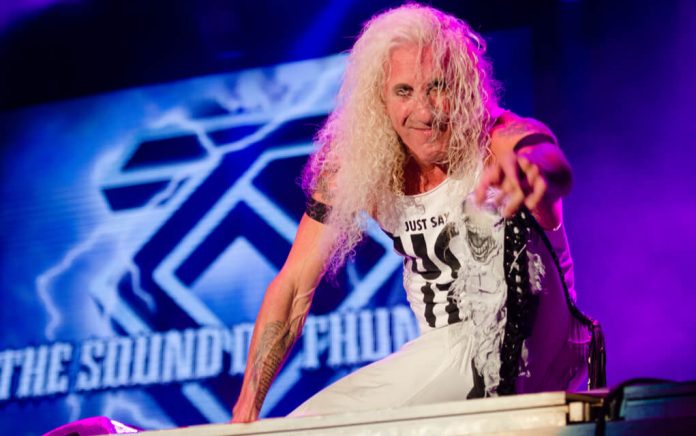 (UnitedVoice.com) – When Russia invaded Ukraine, many people believed it was going to be over quickly. After all, Russia is one of the few remaining superpowers in the world and its military rivals America’s Armed Forces. However, that isn’t what happened, and a famous rocker is proposing a popular song serve as the Ukrainian people’s battle cry.

On February 26, rocker Dee Snider of the band Twisted Sister tweeted out his recommendation for the battle cry. The singer said he thinks the country should use his band’s song “We’re Not Gonna Take It.”

Snider explained that his grandfather was born in Ukraine before the USSR took it over after WWII. He said his grandmother was Transylvanian before the Soviet Union occupied the Carpathian Mountains, as well. The fight for a free Ukraine is very important to the rock star.

The singer did make some adjustments to his rants on Twitter. He’d been adding a hashtag that read “F***Russia” to everything, but when his fans pointed out the Russian people had nothing to do with the Ukrainian people, he switched out “Russia” for “F***Putin.”

What song do you think the Ukrainian people should use as their battle cry?