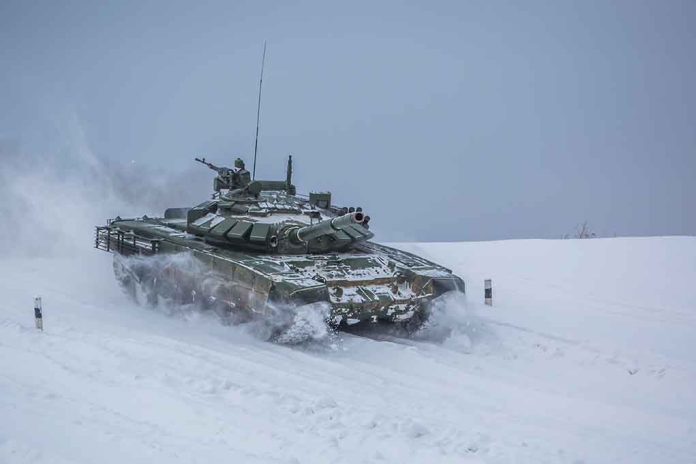 (UnitedVoice.com) – Russia still has 130,000 troops along its border with Ukraine. Foreign policy experts, international intelligence agencies and NATO all believe Russian President Vladimir Putin is going to tell his troops to invade the neighboring country.

Dmitry Suslov, deputy director at the Center for Comprehensive European and International Studies (CCEIS) at Russia’s HSE University, told Fox News he doesn’t believe there will be an invasion. He believes the troop buildup is just a way for Putin to flex his muscles and try to get concessions. He said the troops along the border are a “tool of diplomacy” and thinks it will remain that way until Russia’s demands are met.

Putin is demanding Ukraine never be allowed to join NATO. He also wants all NATO troops and weapons out of former Soviet countries including Latvia, Estonia, the Balkans, and Lithuania.

NATO and the US have refused Russia’s demands. Instead, they’ve pushed Putin to handle the issues diplomatically. While they’re trying to get Putin to the table, the US and other nations are warning their citizens to leave Ukraine immediately. President Joe Biden has said America will not send the military into a battlezone to rescue people who fail to heed the warnings.

Russian officials have said a diplomatic solution is still on the table.

Do you think Russia’s troop deployment is just a means to force the international community to meet Putin’s demands or is there something more sinister at play?