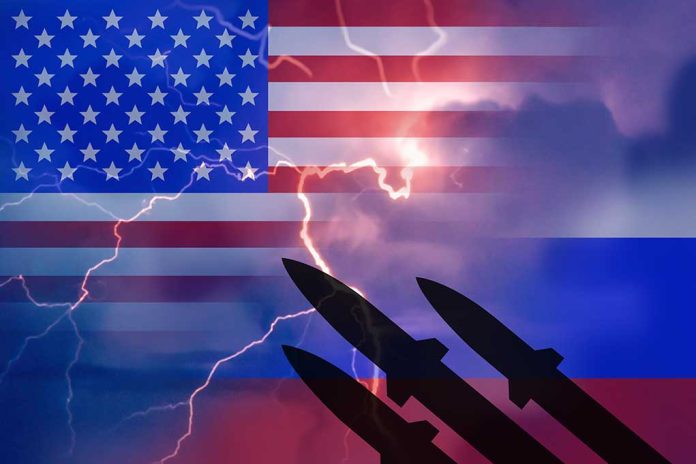 (UnitedVoice.com) – The Russian war on Ukraine has been raging for more than three months. America has sent billions of dollars to help the ravaged country, and that aid has angered some in President Vladimir Putin’s government. In fact, one official was so upset that he made a frightening threat.

On May 30, Russian Parliament member Alexei Zhuravlev spoke to state TV channel Russia-1 about the US helping Ukraine. He stated his country’s military could “destroy the entire East Coast” of the US with two Sarmat intercontinental ballistic missiles, known as “Satan-2” missiles. Zhuravlev went on to say it would take four of the missiles to obliterate the west coast.

Alexei Zhuravlev, a member of Russia’s parliament, said that his country has the capability to launch a devastating nuclear attack on the US over its support of Ukraine in the war. pic.twitter.com/aCEksBBKOK

Zhuravlev also responded to a CBS News segment from April. During the segment, journalist Tony Dokoupil said a nuclear attack on New York City would produce a massive mushroom cloud that could reach the top of the Empire State Building. The Russian lawmaker said Mexico would see the cloud.

It’s not immediately clear if Zhuravlev was expressing his personal desire to bomb the US or if he was speaking on the government’s behalf. Either way, a Russian politician making nuclear threats shows just how much the country’s relationship with America has deteriorated since the war in Ukraine began.

What do you think of the politician’s comments? Should the US worry about a potential war?