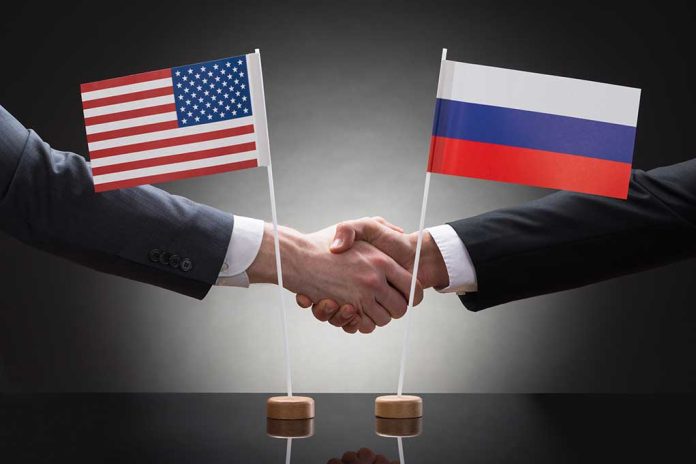 (UnitedVoice.com) – Russian hackers are suspected of having carried out some of the worst cybercrimes over the last few years, and they’ve mostly been beyond the reach of western law enforcement. Now, that might be changing.

On January 14 the FSB, the Russian federal security service, announced that it had taken down a major ransomware group – and that they’d done it at the request of the US. The FSB said they arrested and charged several members of the ransomware group REvil, and the group has “ceased to exist.”

Russia says it raided prolific ransomware group REvil, which has been blamed for major attacks against U.S. businesses and infrastructure; US official says Colonial Pipeline hacker among those arrested. https://t.co/hqMETGnaLH via @WSJ

REvil was responsible for a series of high-profile ransomware attacks, including an April 2021 breach of an Apple Computers subcontractor which netted them schematics of several upcoming Apple products. Several victims paid ransoms; the FSB raid recovered around $5 million, including half a million in cryptocurrencies. Agents also seized over 20 high-end cars.

The FSB says this operation was carried out based on information provided by the US. Considering the damage done to American companies by Russian cybercriminals, the US certainly has an interest in shutting them down, but up to now, Russian authorities have been reluctant to act. Now they’ve finally done something about a hacker group, despite rising tensions between the US and Russia over the situation in Ukraine. Despite our differences, it seems the US and Russia can cooperate.