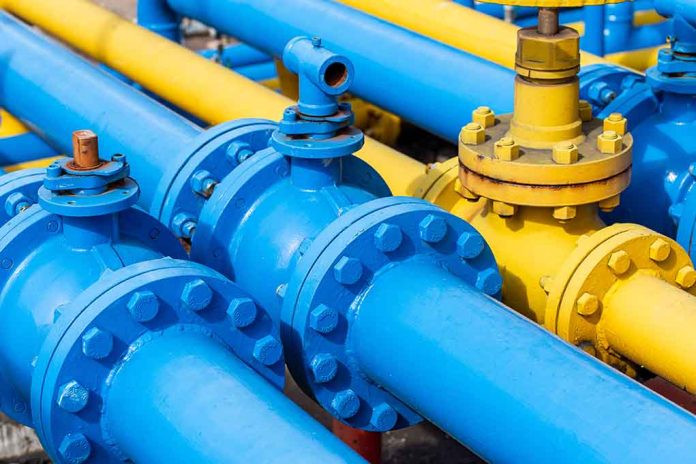 (UnitedVoice.com) – During the beginning of the war, Ukrainian officials accused the Russian military of firing indiscriminately at the Zaporizhzhia nuclear complex, putting Europe’s largest nuclear plant in danger. The invading military also captured the Chernobyl nuclear power plant after a fierce battle. Now, the Russian military is accused of causing another potential disaster.

On Monday, March 21, Sumy Oblast Governor Dmytro Zhyvytsky said there was an ammonia leak at the Sumykhimprom chemical plant. Officials blame a Russian airstrike for the dangerous situation. The governor initially said a 3-mile radius around the leak is considered hazardous.

The governor of Sumy Oblast Dmytro Zhyvytsky said on March 21 that ammonia leaked from Sumykhimprom chemical plant at 4:30 a.m. local time as a result of Russian airstrike.

After some time, the government reevaluated the threat to the area and reported the leak was fixed and there was no longer any danger to the people in the surrounding area. According to the New York State Health Department, ammonia can cause respiratory issues, lung damage, blindness, and possibly death.

The Washington Examiner reported Russian military officials forewarned of the attack by allegedly planting a story in the press accusing Ukrainian nationalists of preparing to launch a false-flag chemical attack in the region. Russia’s National Defense Management Center Chief Mikhail Mizintsev accused the so-called nationalists of placing mines in chlorine and ammonia storage facilities to keep Russians away. He didn’t provide any evidence to support the allegations.

Do you believe Ukraine is carrying out chemical attacks or do you think Russia is lying to justify its own negligent actions?