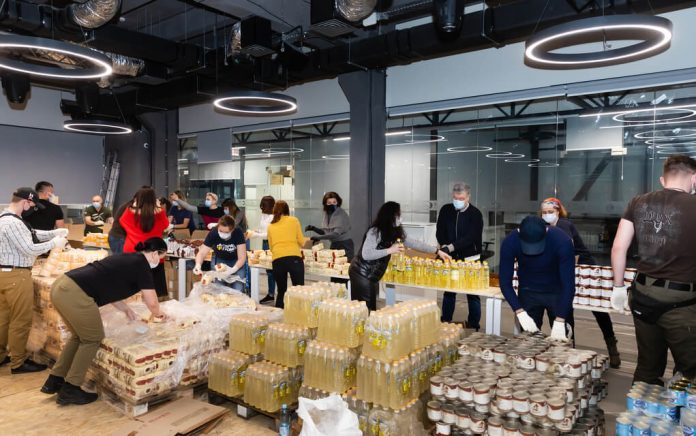 (UnitedVoice.com) – On March 31, Russia promised to open a humanitarian corridor in Ukraine from Mariupol to Zaporizhzhia. However, Mariupol has been under siege for weeks and citizens are reportedly running out of food, medicine, and other supplies. Although Russian President Vladimir Putin’s regime made a promise, it doesn’t seem they kept it.

According to a report by the Daily Mail, a Red Cross convoy with 45 buses was traveling to Mariupol to deliver aid to people when it was stopped by the Russian military in the town of Berdyansk. The soldiers then allegedly looted the convoy, stealing 14 tons of medical supplies and food. The buses were planning to evacuate people stuck in the besieged city, but only 15 ended up carrying refugees back to Zaporizhzhia.

News of the seized aid comes as other reports surface that Ukrainian officials are finding civilians allegedly tortured and murdered. Associated Press journalists in the city of Bucha reported seeing 21 dead bodies in the streets. Two of the people had their hands tied behind their backs.

From the terrified residents of Mariupol, to the grieving families in Bucha, it’s becoming clear the war that Putin once classified as a peacekeeping mission has turned into something out of a horror film.