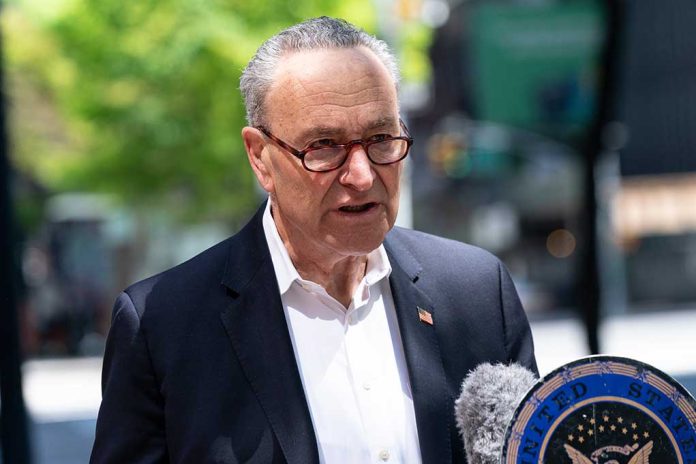 However, the Left has made some gains in the polls in the last few weeks. Speaker of the House Nancy Pelosi (R-CA) recently claimed she believed her party would win in the midterms. Yet, one of her colleagues in the Senate isn’t quite as sure that Pelosi will keep her job.

On September 13, during interviews with Punchbowl News, Pelosi, House Majority Whip Jim Clyburn (D-SC), and House Majority Leader Steny Hoyer (D-MD) all predicted their party would keep control of the lower chamber after the midterms. The Speaker said she’d traveled to 12 cities over the previous 12 days and thought the party was ready to fight. While some are crediting the mood shift to the Supreme Court’s decision to overturn federal abortion protections, she thinks many started to believe they had a shot after the January 6, 2021, riot on Capitol Hill.

Pelosi added that people have thought they would win for “a year, 10 months, eight months.”

While Pelosi is optimistic, Punchbowl pointed out Republicans are likely to gain a net of 10 to 20 seats, far more than they need to take back the majority. Senate Minority Leader Chuck Schumer (D-NY) also thinks the House is lost.

According to reports, Schumer held a private dinner with other Democratic senators at an Italian restaurant in Washington, DC, on Monday, September 12. While there, the group he was with was reportedly speaking loud enough for other guests to overhear.

The majority leader allegedly told his tablemates that he believes they will keep the Senate in November but said Pelosi is “in trouble.” He also said he’s spending $15 million of his own campaign funds to help pay for the Left’s fight in the upper chamber. Schumer insulted House Minority Leader Kevin McCarthy (R-CA), saying the Republican “sucked up” to former President Donald Trump. He also believes the 45th POTUS intends to run for office again in 2024.

Schumer predicted that the GOP has about a 60% chance of taking control of the House. Do you think the majority leader is correct?