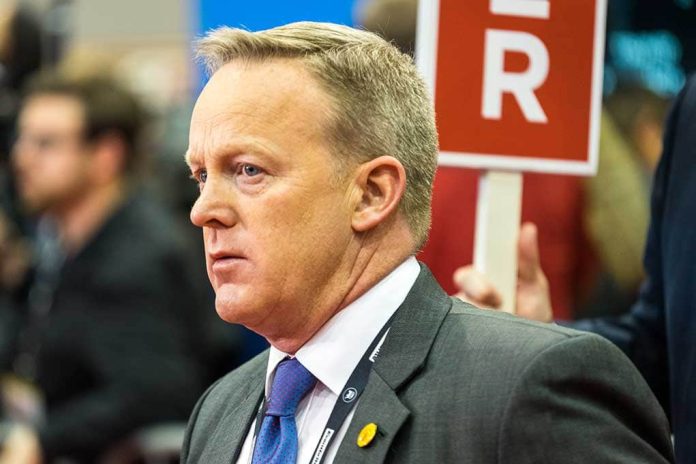 (UnitedVoice.com) – Victims of President Biden’s purge at our military academies are fighting back against their legally dubious removal. Lawyers for Sean Spicer and others argue that the academy’s boards of visitors are congressionally mandated oversight boards, and Biden has overstepped his authority by dismissing members.

Turns out president has no legal authority to fire. They are congressional boards with strict membership rules. All POTUS does is name members.https://t.co/GX0Qq27AWX

On September 8, 18 people appointed to the boards by former president Donald Trump received letters ordering them to resign by 6 p.m. that day or be fired. Only one is known to have voluntarily resigned, and several have protested about their removal. Now, two former Trump administration staffers, Press Secretary Sean Spicer and OMB Director Russ Vought are suing the president.

In a statement, America First Legal, which is handling the lawsuit, called the purge an “illegal partisan power-grab.” It says the administration ignored rules and long-standing conventions about the service of board members. The boards were created by Congress and the law that authorizes them also details their terms of service. According to that law, members will serve for three years or until they resign or die – there’s no provision for them to be dismissed by the White House.

Biden is also under fire for personal attacks on the fitness of the dismissed board members. Press Secretary Jen Psaki alleged they were “unqualified” – but Spicer, sacked from the Naval Academy board, is a 22-year captain in the US Navy Reserve, and several others are retired generals.