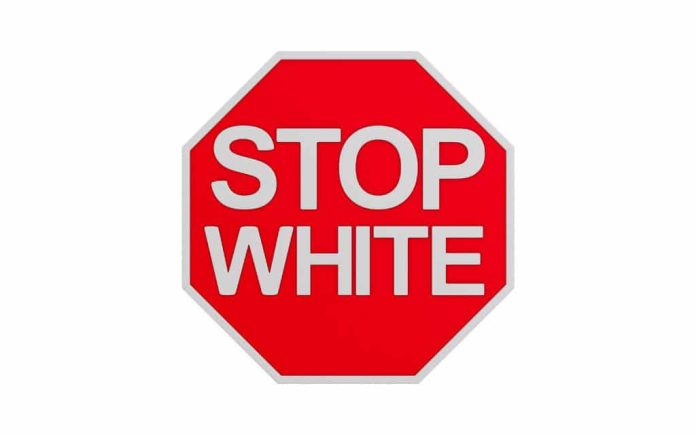 (UnitedVoice.com) – In what can be described as its own form of discrimination and racism, the city of Seattle used tax dollars to coerce those it can into feeling shame and guilt for the color of their skin. On June 12, during the height of the Capital Hill Organized Protest (CHOP), the city’s Office of Civil Rights required white employees to endure a two-hour racial training session to learn how they can undo their whiteness. White employees were encouraged to give up their land and guaranteed physical safety so that they could feel good about participating in racial justice.

On Twitter, Christopher Rufo said he filed a public records request to obtain the training documents. He shared the individual pages and they’re shocking.

So I did a public records request to find out exactly what this means. Let's go through it together in this thread. 👇

If a similar training were held like this for any other group of people, outrage across America would ensue. There would be civil rights investigations by the Department of Justice (DOJ) and the media would be calling for people’s jobs.

The scandal would be immense.

What’s in the Training?

“…city employees who identify as white to join this training to learn, reflect, challenge ourselves, and build skills and relationships that help us show up more fully as allies and accomplices for racial justice.”

The training covered the following:

A subtle but important point behind the training was to ask whites to give up intellectualism. In other words, don’t think. When people are asked to stop thinking, they lose the ability to critically think through important issues. Instead, they were asked to “feel.” Feelings do not have to be grounded in reality.

Where Is the Pushback?

What the city of Seattle is doing is nothing short of propaganda and brainwashing. Officials in Seattle sought to change their employees’ attitudes, beliefs, and behaviors. The question is, why limit it to employees?

Why not force business owners to take the training or risk losing their business licenses? Or citizens who buy products or services in the city? Is it because they can force state employees to do it?

On CNN earlier this week, Black celebrity actor Terry Crews hit back at the movement. He said he was concerned about replacing one form of racism with another. He also warned that the Black Lives Matter organization has no checks and balances. On Twitter, Crews said, “We must ensure that #blacklivesmatter doesn’t morph into #blacklivesbetter.”