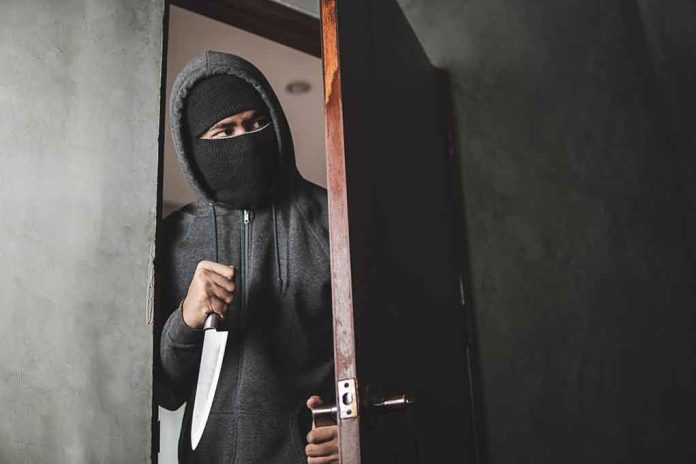 (UnitedVoice.com) – On Sunday, September 3, residents in Saskatchewan, Canada, experienced one of the worst events in the province’s history. Police undertook a massive manhunt after two men went on a stabbing spree in the James Smith Cree Nation and the town of Weldon. Authorities instructed residents not to approach the dangerous men and asked them to call immediately if they spotted one of them.

Myles Sanderson Dies After Police Take Him Into Custody

On Wednesday, a resident spotted Myles Sanderson outside his home brandishing a knife. The homeowner contacted police and told them the suspect left in a Chevy Avalanche. Ninety minutes later, officers spotted him driving over 90 mph. Eventually, patrol cars forced the truck into a ditch, surrounded it, and took him into custody. Investigators said they found a knife in the vehicle and no drugs.

Soon after, officers noted the murder suspect in distress. They moved to save his life until an ambulance arrived on the scene. First responders transported him to a nearby hospital, where doctors pronounced him dead. The cause of death is unknown.

On Sunday afternoon, Rhonda Blackmore, the Saskatchewan Royal Canadian Mounted Police commanding officer, told the media the two men had committed one of the worst mass killings in the province’s history. She stated investigators believed the two men targeted several of the victims but appeared to attack several randomly.

Around 5:40 a.m., police received the first report of a stabbing. What ensued was a stabbing spree. The two men killed 10 people and injured 18 others. By Monday, authorities confirmed health care professionals treated at least 15 people at area hospitals.

Blackmore said the community is breathing a collective sigh of relief, knowing Myles is no longer a public threat. The authorities say a full investigation is underway and have yet to establish a motive for the attacks.

Damien, Myles’s brother, was found dead two days earlier. Detectives said his wounds were not consistent with a suicide attempt.

On Wednesday, Blackmore told the media that investigators interviewed 120 people. Still, no one knew why the two men went on the stabbing spree. She said they might never know their motivation.