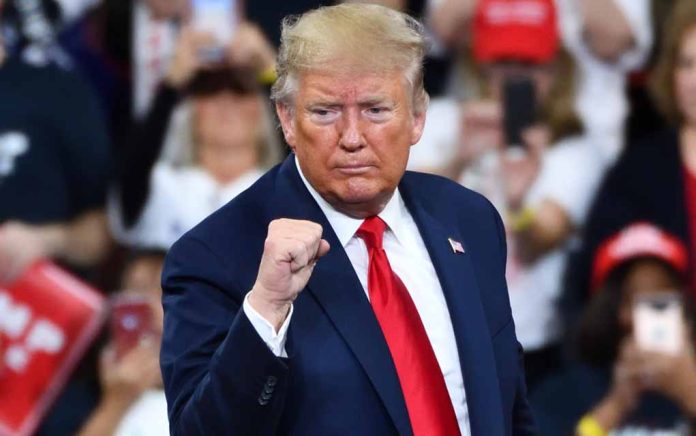 (UnitedVoice.com) – Over the last several days, President Trump received two critical endorsements for his re-election campaign. These are certain to help propel him to another win this November.

The National Association of Police Officers (NAPO) union switched their support from former President Obama and Vice President Biden in 2008 and 2012 to Trump in 2020. In 2016, they remained neutral. This is only expected as Trump is positioning himself as the law and order candidate in the wake of destructive riots and a movement to dismantle or defund police in big cities across America.

Huge endorsement for President Trump. The National Association of Police Organizations, a coalition of police unions & associations in the United States, is the strongest unified voice of police officers with more than 1,000 police units & 241,000 sworn law enforcement officers👇🏻 pic.twitter.com/1cQxCiaTBM

On Thursday morning, the National Rifle Association (NRA) endorsed Trump as well. The five-million-strong NRA said it was proud to support the president. Additionally, the organization said Trump did more to protect the Second Amendment than any other president. In 2016, the NRA also endorsed Trump, and the endorsement was expected.

As of July 16, other organizations that have endorsed Trump include the International Union of Police Associations (IUPA) and the National Right to Life (NRL). The IUPA represents over 100,000 law enforcement personnel across the nation. The NRL is the oldest and largest grassroots pro-life organization.

Over the coming weeks and months, more endorsements will begin to stream in as organizations announce their support publicly.