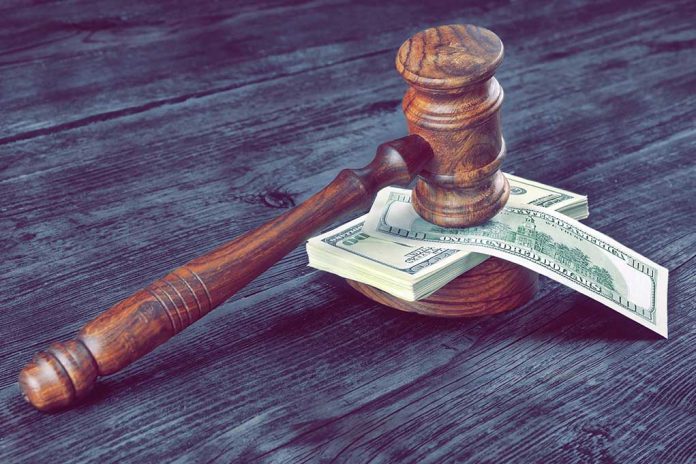 (UnitedVoice.com) – For a very long time, Democrats tirelessly tried to find a legislative way to provide a pathway to citizenship for illegal immigrants. Standing in their way are big bad Republicans. The GOP believes in the rule of law, and giving illegal immigrants the privilege of citizenship isn’t fair to those who did it the correct way and incentivizes more illegal immigration. In many instances, lawmakers don’t need to fix immigration laws. The executive branch needs to follow them. In a few cases, Congress should consider reforming isolated parts of immigration law. That’s not what Democrats want to do.

The Democrats aren’t interested in reforming immigration law. They’re interested in incentivizing illegal immigration. For decades, Conservatives believed Democrats didn’t see the problem. They see potential voters. What other conclusion could one draw? On September 20, Senate Democrats pleaded with Senate Parliamentarian Elizabeth MacDonough to allow them to slip a pathway to citizenship for 8 million illegal immigrants into the reconciliation bill. She confirmed the move would be a violation of Senate rules. So, they tried another tactic. On Thursday, September 28, they got the same answer.

So, what did the Left ask for, and what is the Senate Parliamentarian’s role in the reconciliation process?

You have to give it to Democrats: They are creative. In the reconciliation process, Senators can only introduce matters pertaining to the federal budget. Only then can the majority party skirt standard parliamentary procedures and the Senate filibuster. On Wednesday, MacDonough set the Left back a second time. What the Democrats pitched her was changing the registry date to 2010 from 1972. That would effectively implement a statute of limitations on past illegal entries into the US and allow a pathway for citizenship for millions of illegal immigrants.

Like the first attempt, MacDonough said the proposal was “incidental” to the budget and was a permanent policy change that isn’t allowed according to the Senate rules.

What Is the Role of the Senate Parliamentarian?

The non-partisan parliamentarian provides expert advice and assists lawmakers and their staff by answering questions about the legislative process and applying the rules set by the Senators. Part of that assistance comes in written guidance when Senators seek clarification about applying a legislative process.

America is getting a rare glimpse into how the Senate works through its mutually agreed-upon rules. Ultimately, the parliamentarian doesn’t enforce the rules. Senators do this through their votes.

According to Senate Democratic Whip Dick Durbin (D-IL), the votes are not available to overturn MacDonough’s recommendation. The whip is responsible for knowing how each Senator in their caucus will vote and “whips” them into shape if they disagree with leadership.

Democrats say their effort to legalize millions of Americans isn’t over yet. However, the only way it appears they will succeed is to win 60 or more seats in the Senate to earn a filibuster-proof chamber.

Good luck with that one. It’s entirely possible Democrats will lose the Senate in 2022, not pick up ten seats.