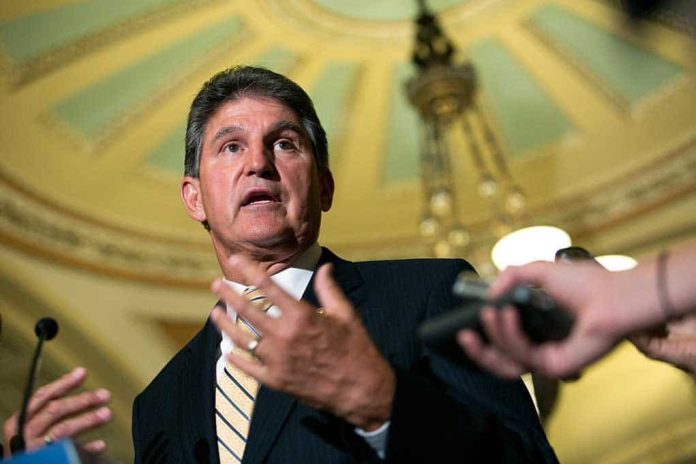 (UnitedVoice.com) – A Democrat senator has suggested using the 14th Amendment to unseat two elected politicians with whom he disagrees in a stunning example of the Democratic Party’s contempt for democracy.

Senator Joe Manchin (D-WV) was a guest on PBS’s Firing Line talk show on January 15 when he made the provocative comment. Host Margaret Hoover asked if he would support invoking the Equal Protection Clause of the 14th Amendment to remove Senators Ted Cruz (R-TX) and Josh Hawley (R-MO) from office. Cruz and Hawley voted against certifying the election results because they don’t believe the widespread fraud allegations were adequately investigated. Now, Manchin seems to be accusing them of insurrection – just because they voted a different way from him.

Remember all the talk about how Sen Joe Manchin is a "moderate" democrat and won't support their insane agenda? Wrong https://t.co/jKKN9r3Qnl

Section 3 of the 14th Amendment prohibits anyone who has “engaged in insurrection or rebellion” against the United States from becoming a senator, representative or elector. It was written in 1868 to prevent former Confederate leaders from running for Congress. If the Senate, under Chuck Schumer’s leadership, plans to use it against senators who don’t vote the “right” way, we’re in for some dangerous times.