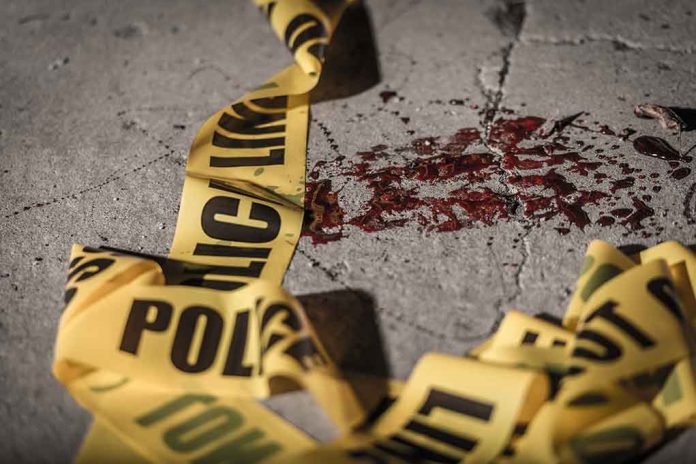 (UnitedVoice.com) – National crime decreased significantly between 1999 and 2019. Yet, just one year later, in 2020, those statistics underwent a drastic change. Amy Swearer, a fellow belonging to the Heritage Foundation, a conservative think tank, recently shared her opinion with Fox News on why the change occurred.

Violence on the Rise

In 2020, America saw more than 4,000 murders committed. This statistic made history as the highest spike in homicides since the founding of the United States of America in 1776. The overall violent death rate increased by a shocking 30% between 2019 and 2020 alone.

Violence involving illegal weapons and a generalized destabilization of communities overall began soon after the pandemic started. Quarantines and mandates drove them even higher, but why exactly did this phenomena come to pass?

Swearer attributes the connection to the fact that many community programs, such as gang violence intervention programs, schools, and outreach institutions, closed down during the pandemic. Some have yet to open up again, even two years later. The loss of these resources left many suffering and troubled souls to their own devices.

This lack of access to services might have triggered many catastrophic riot outbreaks and worsened social unrest surrounding racial injustice situations. Had those community aid programs been open and readily available, people may have had healthy outlets and options to express their rage and anger.

Shootings across the country are also on the rise. However, the solution for this problem isn’t necessarily gun control. In reality, statistics show a significant percentage of gun violence over the past several years directly involves illegal guns — firearms not properly registered to the perpetrator.

Swearer also told Fox News people who purchase their weapons from illegal black market sources are responsible for the majority of gun violence crimes. She believes a national gun control enforcement scheme would fail for this key reason.

When politicians discuss gun control, their message initially sounds reasonable. Yet, when one lays out the facts, violent criminals are rarely registered gun owners. Placing sanctions on citizens who follow the law simply won’t solve gun violence in the United States.

Major Democratic cities have witnessed some of the highest rises in crime rates since COVID began. Even though obtaining a legal gun permit can be insanely challenging in most of these cities, crime, social unrest and community destabilization are at all-time highs in these regions:

What Needs to Change?

Swearer feels the pandemic is the leading contributor to the overall destabilization of our nation’s communities due to isolation, cutting off needed services while promoting anger and fear. What will it take before leaders address the problem? How many more Americans must die? According to Swearer and other experts, the 30% homicide rate increase will continue to rise if officials don’t enact change.