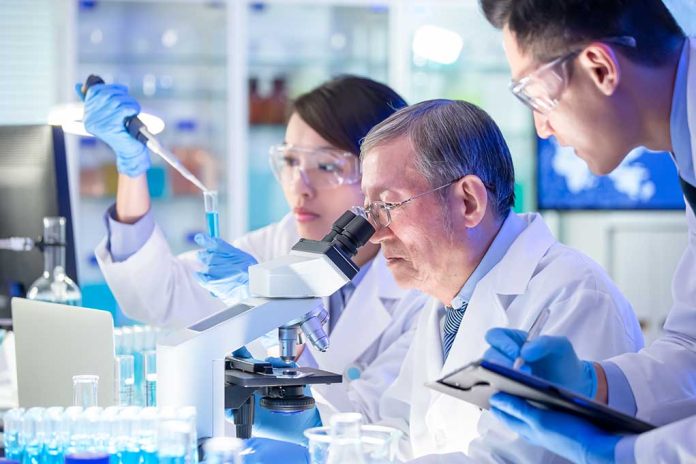 (UnitedVoice.com) – As the Omicron variant of COVID-19 continues to sweep across the world, scientists in South Africa – where the mutant virus was first detected – have some good news for us: According to their research, the new variant is a lot less dangerous.

A South African study offered some pre-holidays hope about the severity of the Omicron coronavirus variant with the authors finding the risk of hospital admission was roughly 80% lower for those with Omicron https://t.co/UHGDwzgmyz pic.twitter.com/3uArjel7Om

On December 22, South Africa’s National Institute for Communicable Diseases (NICD) published a new study on Omicron, which first appeared in the country’s Gauteng Province in late November. The research shows the variant spreads much faster than previous waves of COVID, but analysis of South African cases shows that it’s also much less likely to make people seriously ill.

According to the NICD, Omicron patients are just one-fifth as likely to need hospitalization as those with the Delta variant. The majority of those who get it don’t need specialized medical treatment. While case numbers have surged in South Africa, hospitalizations and deaths haven’t followed them up.

The Omicron wave also seems to be burning itself out quickly; it’s spread very fast, but the outbreak in Gauteng peaked on December 22 – just a month after the first cases were detected – and daily infections are now falling. Now, three other South African provinces seem to be past the peak too.

The World Health Organization is warning that it’s still too early to say Omicron is a less severe variant, and many countries and regions are imposing new crackdowns, but others – including the US and UK governments – are standing firm for now. COVID could be evolving into a more infectious but less dangerous form, and we might be getting ready to live with it.